Ruto would have been happier if June married a Kenyan 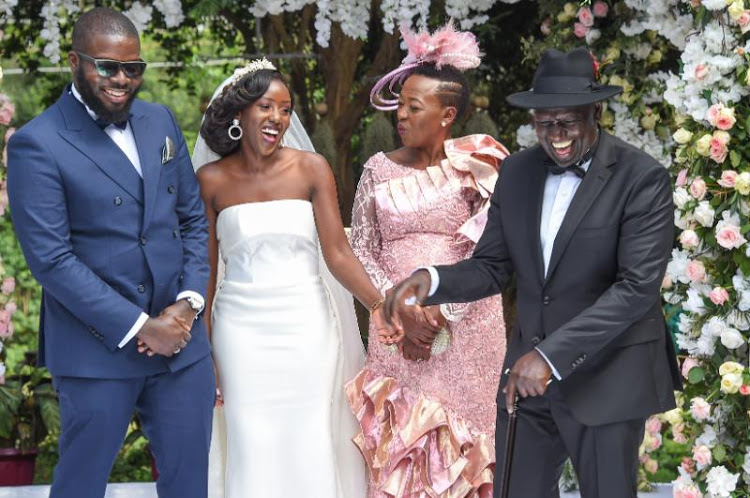 Deputy President William Samoei Ruto on Tuesday revealed that he would have been happier if his first-born daughter was married to a Kenyan man.

Speaking exclusively to Gidi on Radio Jambo, the deputy president said his daughter was previously dating a Kenyan but broke up.

"I had previously seen an Ochieng' but I do not know what happened," Ruto said.

He added; "I would have been happier if she had married a Kenyan but some of these things are God's plans."

June wedded her Nigerian husband Dr Alexander Ezenagu in May this year.

The invite-only wedding ceremony was held at Ruto's private residence in Karen and saw only close friends and family witness the two exchange their vows.

Speaking about his message to his daughter, DP Ruto advised her to be under her husband.

"I told my daughter she is not on the same level as that of her husband. She is below him and that is how a home will be successfully built," he said.

"I was kind of disappointed that after educating her, taking her to good schools in Kenya and Australia, she ended up getting married to a Nigerian Man," the DP said'

To the Kenyan men, I still have girls and I am praying that 'kina Irungu' and other Kenyan men can get my other girls. So there is hope for them.''

He currently is an Assistant Law Professor at the Hamad Bin Khalifa University in Qatar.