Emmys 2021: The binge-worthy TV shows in this year's race 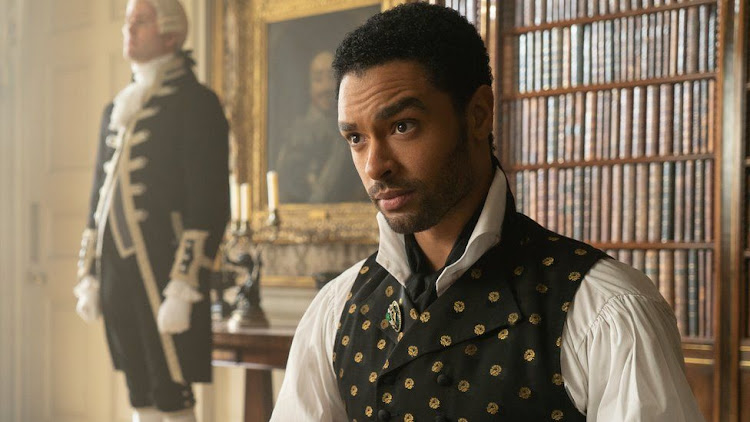 The Oscars might only have taken place about nine minutes ago, but already the entertainment industry is turning its attention to the biggest night of the year for TV.

The eligibility window for the Emmy Awards closes on Monday, so we've now got a pretty good idea of which shows might be in contention.

Normally, the top prizes are seen as best drama and best comedy, and their associated acting awards. But this year, the most exciting area by some distance is going to be the limited series categories. This is where you'll find the biggest TV hits of the last year.

The Queen's Gambit. I May Destroy You. It's A Sin. WandaVision. The Undoing. Mare of Easttown. These are just a few of the hugely popular shows eligible for the limited series categories, which is for stand-alone programmes without plans for a second season.

Here's everything you need to know about this year's likely nominees, and how you can watch them in the UK.

The Flight Attendant (available on Now, formerly Now TV) is one of the most exciting new shows to have emerged in the last year and will almost certainly pick up a few nominations.

The series is Kaley Cuoco's first major project since the 2019 conclusion of The Big Bang Theory, one of the most successful TV shows in US history.

The Flight Attendant follows a flight attendant - obviously - named Cassie who is fighting to prove her innocence after winding up in the middle of a complicated murder case. It's gripping and imaginative, and to be honest we're not entirely sure it should be classed as a comedy, but it has a certain dark humour, lightness-of-touch and some witty one-liners which make it ripe for this category.

Cuoco could well take best comedy actress, but the red-hot favourite in the other comedy categories is Ted Lasso (Apple TV), a series loved by viewers and critics alike. 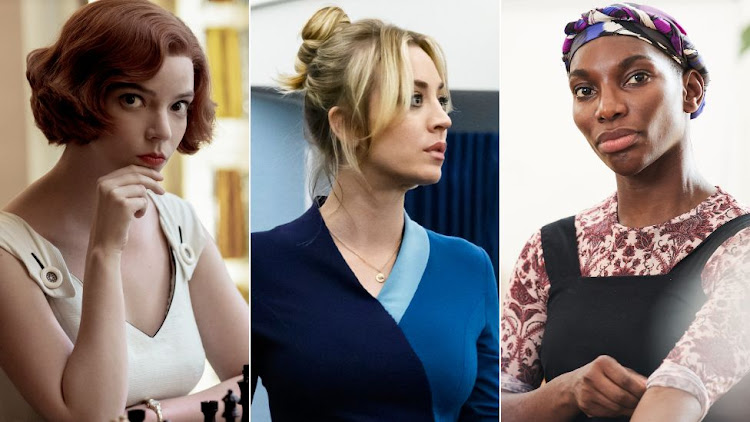 BBC L-R: Anya Taylor-Joy (The Queen's Gambit), Kaley Cuoco (The Flight Attendant) and Michaela Coel (I May Destroy You)

The show sees an American football coach, played by Jason Sudeikis, hired by an English Premier League football team to try to turn their fortunes around. The team is made up of some pretty horrible, arrogant and narcissistic personalities who aren't welcoming towards him, but Ted sets out to win them over with his cheerful personality and unconventional coaching style.

Apple TV hasn't had many huge hits so far - this and The Morning Show are among the few - but Ted Lasso could be their best chance yet. Sudeikis has already won the Golden Globe for best comedy actor.

Familiar favourites will likely be nominated too. Black-ish (Disney+) which explores racial and cultural identity, is now in its seventh season and likely to be a contender. Two of its stars, Tracee Ellis Ross and Anthony Anderson, were both nominated in the acting categories last year.

Meanwhile, the third season of The Kominsky Method (Netflix) will almost certainly repeat some of last year's nominations, including an acting nod for its star Michael Douglas. The series sees Douglas play a man who once had a brief spell of fame and now works as an acting coach.

The immaturely but appropriately titled Pen15 (Now), which follows two seventh-grade girls through their awkward teenage years, also stands a decent chance. Frankly, we think it deserves an Emmy for its glorious early noughties soundtrack alone.