"I will not let you down again!" - Omosh 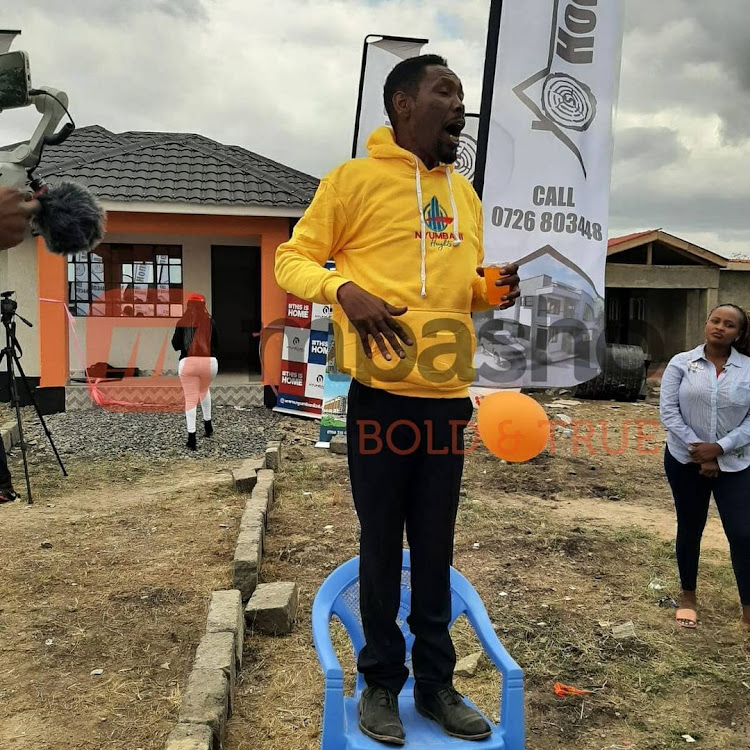 Omosh has made a vow to Kenyans and especially those who came through for him, that he won't let them down.

Speaking during the official handing over of the house he was built for by well wishers, the former Tahidi High actor said he is armed with enough content that will keep Kenyans glued to their screens.

"I will not let you down again!"  Omosh said as he gave a short speech from atop a chair.

I want to thank you for today. I am grateful on behalf of my family. I will not let you down again. I have enough content. I have vowed to work extra hard. I have a comedy show at Greenspan mall which will be a live recording every single Thursday."

The house which was built by Sung timber and other property owners is located in Malaa, Joska.