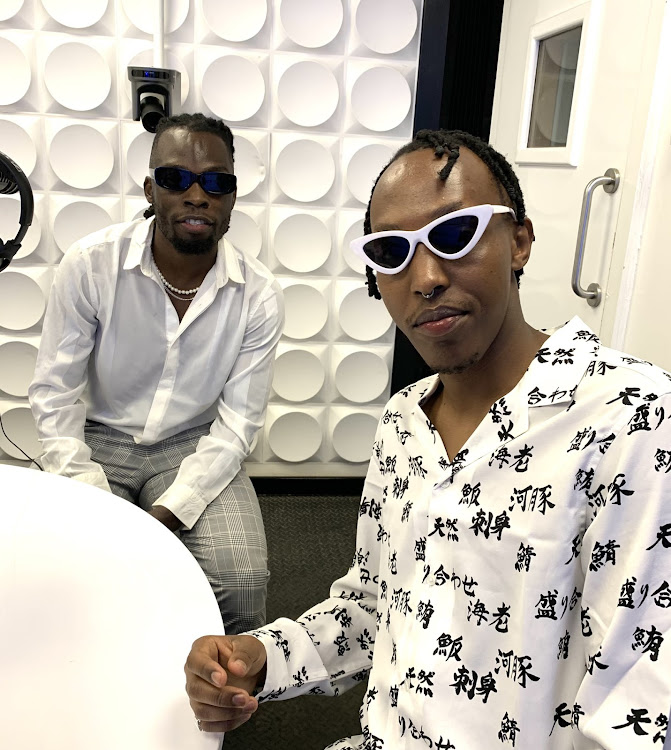 Kenyan Music and Dance Artist group, Matata were hosted by Kamene and Jalas on Thursday morning.

The Oslo based group is made up of 5 super talented members; Festus Mwenda, Marcus Ojiambo, Ken Kimathi, Richie Mathu, and Freddy Milanya.

The group which has been in the country for two weeks now praised the new Gengetone genre saying that for the first time ever, it gave Kenya an authentic sound that everyone can relate to.

But how did they end up jumping on the Gengetone bandwagon?

We have always done music and people didn't know and we already had songs. We were like the likes of ethic were singing what we were doing back in primary and we were nervous to jump onto the genre.

Asked whether Gengetone is dead, Matata said that the genre is very much alive and should be nurtured since it put Kenya on the global musical map.

"During this gengetine wave ndio the first opportunity we had our own wave and sound and it became a club music and on Friday nights there are gengetone music you'd listen to in clubs.

I feel it gave us that Kenyan identity and we should pride ourselves in it.

Even if we do amapiano we are not south Africans but we have something that is authentically Kenyan."  Freddie said.

Asked how they ended up in Norway, Richie says he had gone for his University education and when he was about to come back to Kenya that is when Freddie joined him there.

Freddie says love is what led him to Norway where he now has a young family.

"Nilitoka hapa juu ya love and since nilikuwa naenda kuona msupa I met Richie and he convinced me to remain behind and Niko huko with my family."  He said.

Matata said that Norway is a small country hence there are many opportunities, especially given that there are not so many Africans doing what they do.

Matata who have worked with Stella Mwangi, revealed they are working with Sauti Sol and are set to drop a new banger which they were featured by Mejja.

They revealed that they are planning to come back soon for 'Matata tour' across the country but in the meantime they are working on putting Kenya on the map.