Actor Smollet back in court relating to 2019 attack 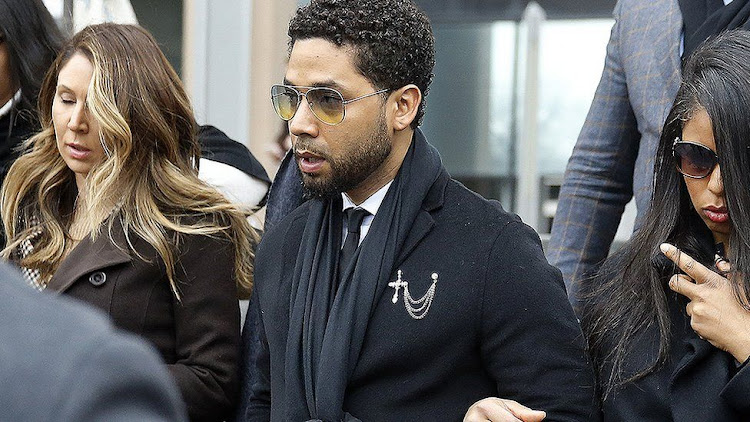 US actor Jussie Smollett has returned to court, in the ongoing case relating to an incident that took place in 2019.

On 29 January 2019 the former Empire star told police he had been attacked in a racist and homophobic incident.

In February that year he was charged with filing a false police report, but the actor says he is innocent.

All charges against him were dropped in March, but a special prosecutor pursued the case.

Smollett was later charged with six counts of lying to police, to which he pleaded not guilty.

Smollett appeared at the closed hearing to decide whether his lawyer should be disqualified from representing him in the ongoing trial, reports AP News.

It wasn't related to any of the charges against him. Previous hearings in 2020 and 2021 have taken place online during coronavirus restrictions.

He is currently represented by lawyer Nenye Uche. Two men, Abel and Ola Osundairo, are who Chicago police have said Smollett paid to carry out the attack.

Smollett claims he was beaten, had an "unknown chemical substance" poured on him, was called racist and homophobic slurs and had a rope put around his neck in the attack.

The Osundairo brothers, who were set to testify against Smollett, claimed that Uche had spoken with them in 2019 about representing them.

Their attorney, Gloria Schmidt Rodriguez says that the brothers' phone records from the time can't be found.

Radio 1 Newsbeat has contacted Daniel Webb, the special prosecutor appointed for this case, for comment.