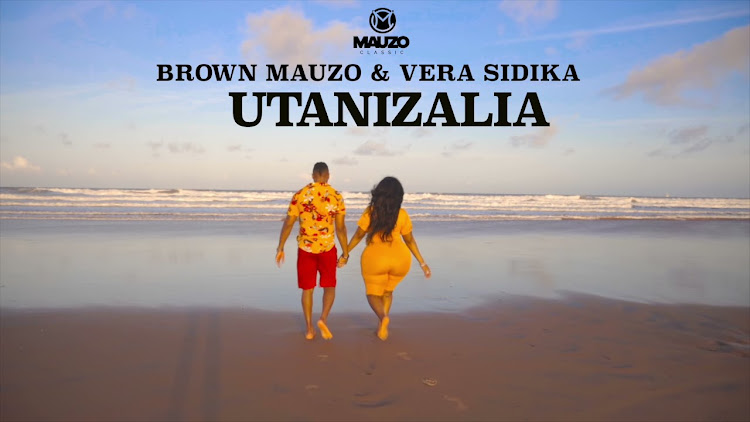 Brown Mauzo and Vera Sidika have been chasing clout the last couple of hours and as many predicted, it was all hype ahead of a new song release.

Brown who conspicuously went MIA during Vera's baby gender reveal party last weekend, has been working on a plan to create hype ahead of the new 'Utanizalia' song release, to make it look like there is trouble in paradise.

The song is all about praising Vera and the fact that she kept her promise about giving Mauzo a baby.

Vera is featured on the video, second time she is doing this after she was previously featured on her ex, Otile Brown's 'Baby love' music video.