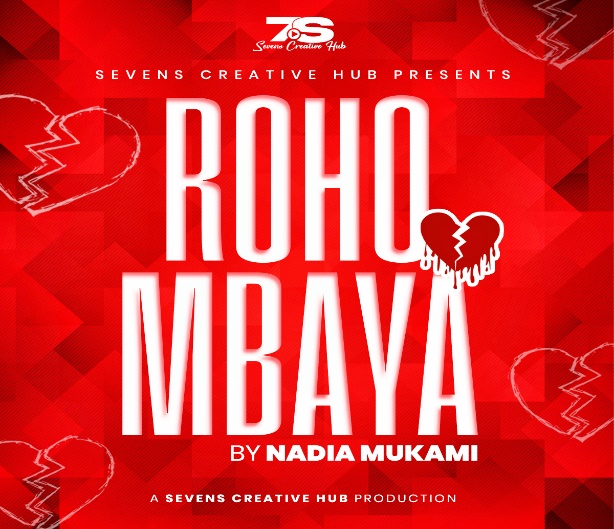 The song is titled ‘ROHO MBAYA’.

ROHO MBAYA is an afro- pop classic banger recorded by Nadia Mukami and is the 16th single she will be dropping this month of July.

ROHO MBAYA is an emotional song that depicts the African culture through its original sound, Afro- pop and Zuku beats, with the lyrics honouring the Swahili culture while appreciating the authenticity of production.

The song is basically an emotional song that depicts the struggles that each and every person goes through, from friends betraying you, to loved ones neglecting you and also to the public in general wishing for your down fall.

The visuals serve nothing but an emotional set up showing the talented artist struggling after people leaked that she is broke and that her fame is dwindling.

The video also shows the artist working in a market whilst selling fruits and being rushed to hospital due to the pressure and struggles she is going through.

ROHO MBAYA was written, composed and performed by Nadia Mukami. The audio was produced by Brain Wash on the Beat and mastered by Alexis on the Beat.