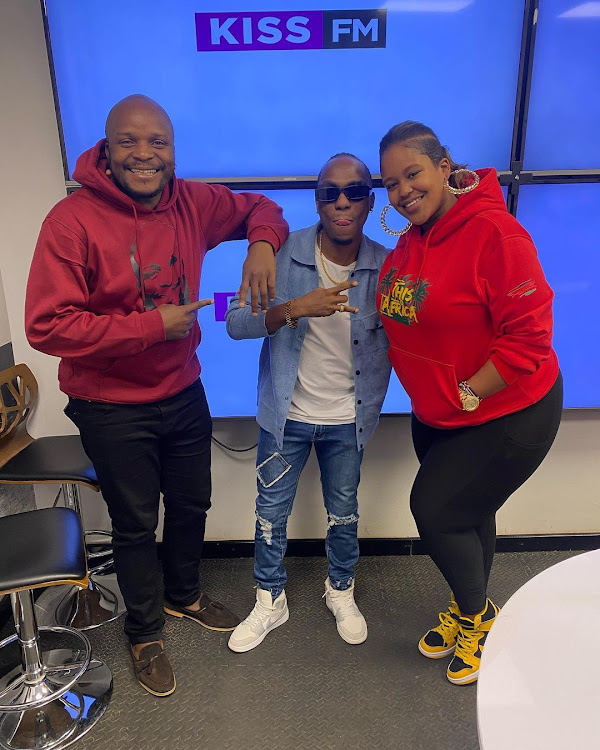 Mavoko revealed he is in the country for a few collaborations with a number of Kenyan artists and that he might not be doing any shows.

The 28-year-old, 'Ibaki story' hit maker touched on various issues surrounding his career as well as his personal life.

Speaking on his new jam, 'Nidonoe' which he exclusively dropped on Kiss FM, Mavoko says the song will be released at noon with it's video set to be shot in South Africa soon.

But why South Africa?

We love shooting our projects in South Africa because they have all the right equipment. They have dope locations and their models are professionals compared to our own.

I am planning to work with a lot of young and talented Kenyan artists. I already have a project with Ssaru, I am working with Nviiri as well as Masauti.

Masauti has a great talent which Kenyans need to nurture and protect because he is the future.

Is the father of two dating or looking for a Kenyan heart throb?

I am very much single and not ready to mingle I am a man who only wants to focus on his music and craft.

Asked about the kind of a woman he would settle for, Mavoko said everything that seemed to ruffle Kamene's feathers.

I want a woman who knows how to cook, that is very important. She has to know how to do the dishes, laundry and someone who is home by 8pm.