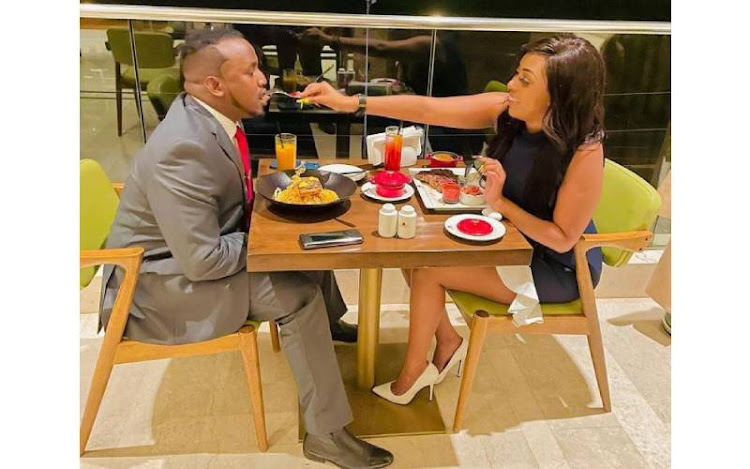 After months of keeping us entertained with the drama surrounding their relationship, Amber Ray and Jimal Roho Safi are officially over.

Socialite Amber Ray had one of the most dramatic affair with Jimal, a married man which led to an altercation with her co-wife, Amira Marlow.

Amber did everything to prove she was Jimal's number one love and that nothing would pull her man away from him. She even had a tattoo of his name on her back.

So fed up was Jimal that he quit social media, dumped Amber and went back to Amir, the mother of his kids.

Speaking during a QnA session with her fans, Amber confirmed that she is officially single and moving on with her life.

Asked whether she regrets fighting for Jimal, she said she was in fact fighting for herself and would not hesitate doing it again. 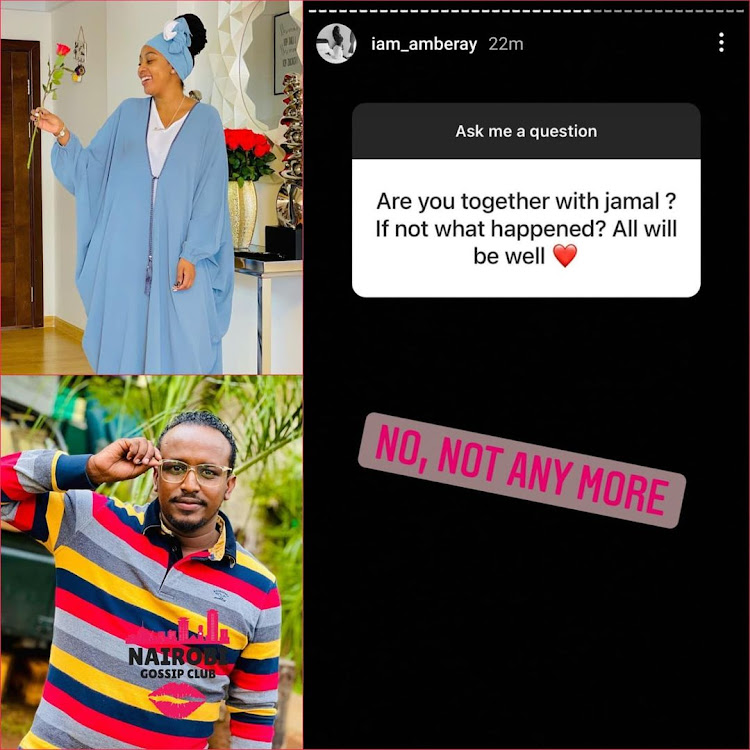 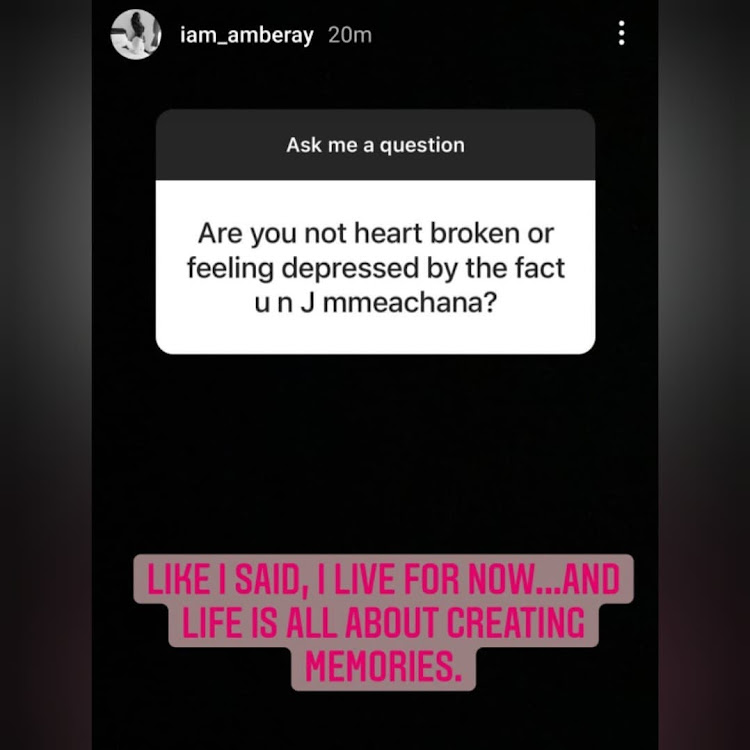 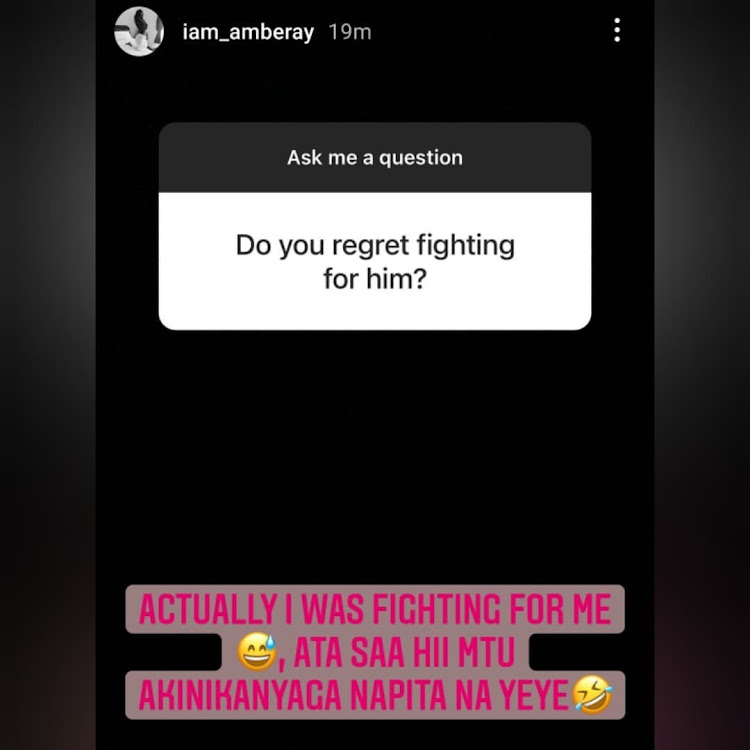 Amber also went ahead to confirm that she will cover up a tattoo of Jimal's name on her back with a dragon.

"Nitawekelea ingine ya dragon juu yake na life iendelee (I will draw another one of a dragon on top of that one and life moves one.)"

Folks, stay tuned as we keep you posted on the former lovers.