Video of the day: Willy Paul trolls Ringtone after being assaulted by Alai 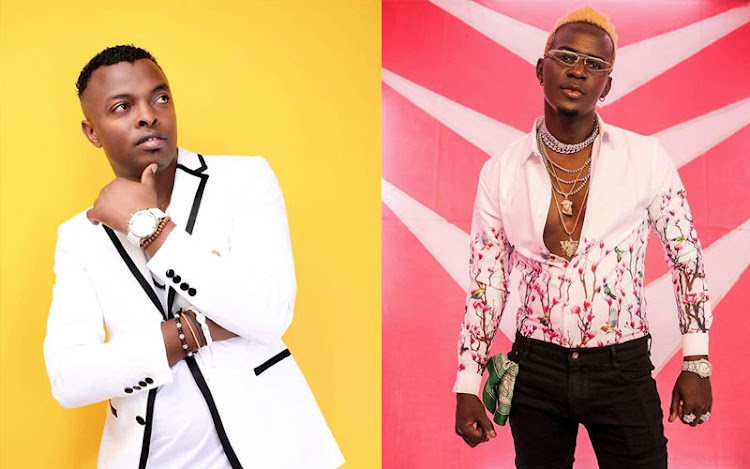 On Saturday morning, Willy Paul was over the moon following news that his fellow musician, Ringtone was allegedly beaten with a wooden club by blogger Robert Alai.

In a video he posted on his social media, Willy Paul who has had hot and cold relationship with Ringtone, starts off by showing concern over the incident, before going ahead to torment the 'Pamela' hit maker.

Alai was arrested and detained at Kilimani police station following the Friday altercations with the police saying they were talking to the blogger for “clarification” on what led to the violence and road rage.

In a video circulated on social media, Ringtone was seen distributing  money to pedestrians and boda boda riders before the incident.

The incident happened along University Way.

Kilimani police boss Muturi Mbogo said officers from the DCI at the sub county were handling the matter.

Officials said the two accused each other of obstruction in a scuffle that began on Oloitoktok Road and spread to Dennis Pritt and Likoni roads.

Alai was accused of hitting Ringtone’s car at a roundabout on Oloitoktok Road.

Although the genesis of the drama remains unclear, several videos showed what is believed to be Alai’s car blocking the musician’s car.

At University Way, Ringtone was seen atop his Ranger Rover when Alai came out of his Subaru with a wooden club.

Pedestrians milling around the scene were heard questioning why the blogger used the club.

Ringtone is also heard accusing Alai of taking the law into his own hands.

“Kwa nini umenipiga…haijalishi…kubeba sheria kwa mkono (Why have you beaten me…it does not matter…taking the law into your own hands),” Ringtone said.

Anyway who needs enemies when you need friends like Willy Paul?