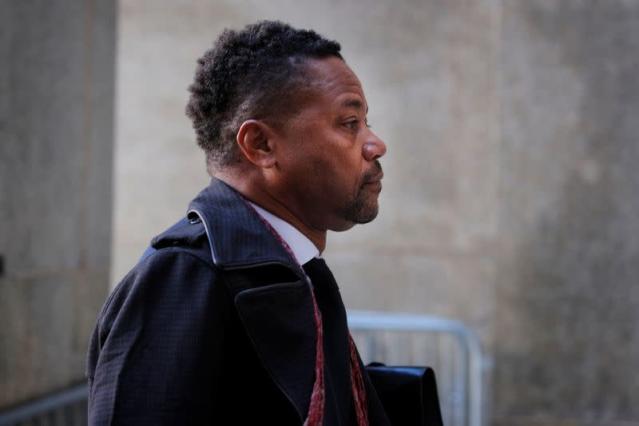 A U.S. judge on Thursday found Cuba Gooding Jr liable in a civil lawsuit by a woman who accused the Oscar-winning actor of raping her twice in a Manhattan hotel room in 2013, after Gooding failed to respond to the accusations in court.

U.S. District Judge Paul Crotty in Manhattan granted a default judgment on Gooding's liability to the plaintiff, known as Jane Doe, without addressing the merits of her accusations.

"Defendant has completely failed to engage with this case," making his default "willful," Crotty said.

Gooding, 53, will have a chance to argue that Doe deserves less than the $6 million she sought in her complaint last August, including for pain and suffering as well as punitive damages. Crotty ordered him to address the case by Sept. 7.

Representatives for Gooding did not immediately respond to requests for comment.

"Mr. Gooding failed to respond to the serious allegations made by our client," Doe's lawyer Gloria Allred said in a statement. "We look forward to the [damages] hearing."

He also pleaded not guilty in 2019 in another Manhattan court to unwanted touching of three women in separate incidents.

Doe said she met Gooding at a Greenwich Village restaurant and lounge, where he invited her and a friend for drinks at the nearby Mercer hotel in SoHo.

She said Gooding later asked her up to his room, saying he needed to quickly change clothes, but pushed her onto a bed and raped her, and raped her again as she tried to flee. Doe said she told Gooding "no" numerous times.

When Doe filed her complaint, Mark Jay Heller, a lawyer for Gooding, called her accusations false. Heller did not immediately respond on Thursday to a request for comment.