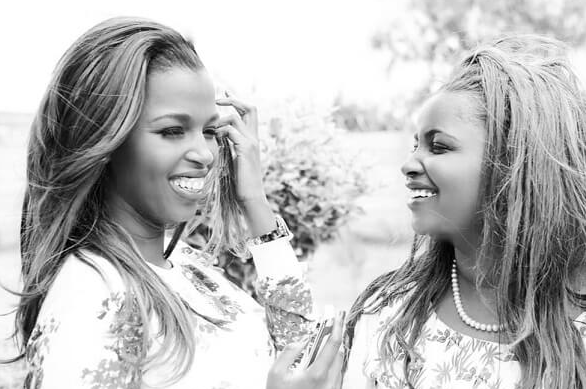 Tecra Muigai, sister to Anerlisa Muigai passed a little over a year ago on the 2nd of May 2020.

According to initial reports, she fell on the staircase but after a postmortem,  Prof Emily Adhiambo Rogena said Tecra died of severe head injuries caused by a blunt object.

The main suspect in her murder iwas her then-boyfriend Omar Lali who was jailed for a few weeks and then released in an ongoing case.

With so many stories being propagated, it is not easy for the late Tecra's family. Anelrisa Muigai this morning took to social media saying that she still does not belie her sister died from a fall.

"Btw sh*t I'll never get over is my sister's death because I am VERY SURE she DID NOT fall on the staircase... One thing people are not aware is that she was broken the hardest bone in a human body. That bone can only be broken by 2 things. 1, Serious car accident 2, Somebody Using an object on you. My Sister was very sober and even if she was drunk she was very aware of what was happening. She never got to the point where she was unconscious. So to go straight to the point 'MY SISTER WAS BRUTALLY MURDERED' PERIOD! TF" She posted on Instagram

Alongside pictures of their memories together, Anerlisa asked if there is a movie director willing to do a movie on her sister because she has a lot to say.