Alfred Mutua to be featured on Rayvanny's new birthday project 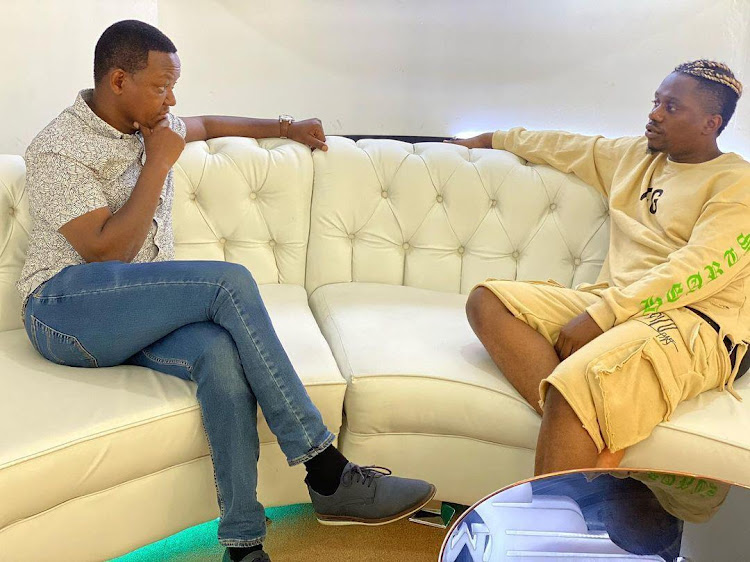 It is official that Machakos Governor, Dr. Alfred Mutua will be featured on Rayvanny's upcoming new birthday song.

Mutua revealed this during an exclusive interview with Kalondu Musyimi, ahead of the much anticipated, invites only double birthday celebrations featuring the Bongo star on Sunday at Emara hotel, Ole Sereni.

Mutua revealed that the song and the video which he is featured on are already done and will be launched on Sunday during the celebrations.

"The best thing about all this is that he is producing a new birthday song that is going to take the world by storm. It is a different concept, so he'll have the video out and the song out on that Sunday.

A song he has written just for our birthday." Mutua said.

Asked about what he has learned for the time he has been alive, Mutua had some profound words of wisdom.

The most important thing is that be kind and generous to people. The only reason we are here is not for ourselves it is for us to be able to help other people. After you go you will not be judged by what you had but by how you touched people’s lives.

What are the life lessons that Rayvanny has learnt so far?

First of all believe in God that everything is possible but also you need to work very hard in this life if you want to survive and you need to be humble, respect everybody you don’t know who’s gonna help you.

What should the invited guests expect on Sunday?

“It is an invite only because of Covid-19 measures we would have liked to have the whole world there. So if you don’t have invite card please don’t come. We are going to have a good time, we’ll have lunch we are going to launch the new song and he’ll do a mini concert. ” Said Mutua.