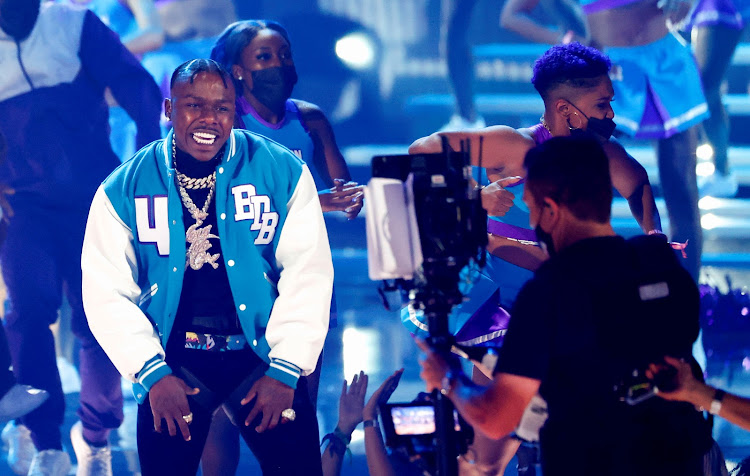 Reuters LOS ANGELES, Aug 3 (Reuters) - Rapper DaBaby was dropped from the line-up of two more music festivals on Tuesday despite a third apology for homophobic remarks he made last month

Rapper DaBaby has met with black leaders from nine HIV groups in the US to discuss inaccurate comments he made about the virus at a festival in July.

DaBaby lost sponsorship deals and was removed from Dua Lipa's Top Ten US hit Levitating when he claimed people with HIV will "die in two or three weeks".

He also made offensive comments about gay men having sex in car parks.

After first claiming his words were taken out of context and making further comments online, he later apologised.

The rapper met with the representatives in a virtual meeting, and "apologized for the inaccurate and hurtful comments he made about people living with HIV," according to US LGBT organisation, Glaad.

"Our goal was to 'call him in instead of calling him out,' it says in a statement.

"We believed that if he connected with Black leaders living with HIV that a space for community building and healing could be created.

"We are encouraged he swiftly answered our call and joined us in a meaningful dialogue and a thoughtful, educational meeting."

Glaad says DaBaby was "genuinely engaged" with the conversation and listened to "personal stories" about HIV with "deep respect".

During his set at Rolling Loud festival in July, he asked every audience member to "put your cell phone light up", apart from those who were HIV-positive or were gay men who had sex in car parks.

Glaad adds that it hopes he will now use his platform to encourage his fans to get tested for HIV and know their status.

"At a time when HIV continues to disproportionately impact Black communities, celebrities and influencers of all backgrounds have the power to defeat the stigma that fuels the epidemic," it says.