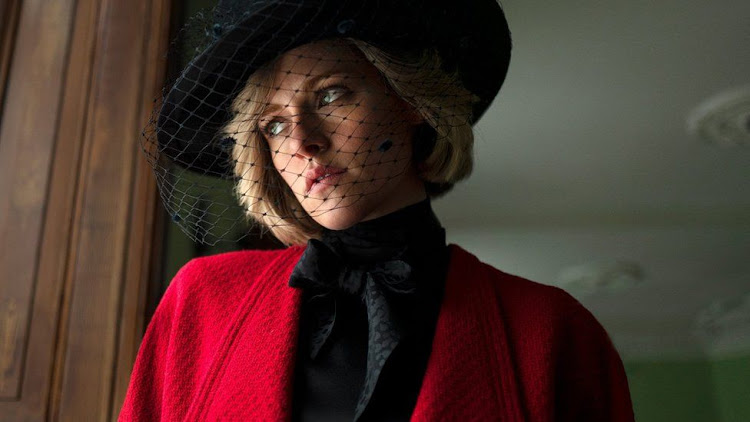 Kristen Stewart is "incandescent", "tender" and even "stunning" as Princess Diana, according to critics who have seen the new biopic Spencer.

The Twilight actress depicts the late princess over three days at Sandringham during Christmas 1991, before she separates from Prince Charles.

The Telegraph's reviewer Robbie Collin said she "will be instantly and justifiably awards-tipped for this".

It is a "resplendently mad, sad and beautiful" film, he said.

Spencer has been made by Pablo Larraín, who previously directed Natalie Portman to an Oscar nomination in Jackie, about another highly scrutinised female public figure, Jacqueline Kennedy.

Stewart "navigates this perilous terrain with total mastery, getting the voice and mannerisms just right but vamping everything up just a notch, in order to better lean into the film's melodramatic, paranoiac and absurdist swerves", he wrote.

Deadline's critic Pete Hammond declared: "I can't say enough about Stewart's performance, steering from an impression of an impossibly well-chronicled figure to beautifully achieving the essence of who she was.

"It is a bracing, bitter, moving, and altogether stunning turn, taking Diana down roads we have not seen played out quite like in this mesmerising portrayal."

He wrote: "Stewart brings her own magnetism to the role, as well as presumably drawing her own history of contending with obsessive fan and media attention."

"Stewart is one of the few people on the planet who has known paparazzi scrutiny that is even somewhat comparable to the fusillade of flashbulbs that hounded Diana until her death," he said.

The Hollywood Reporter's David Rooney described the film as "audaciously original" and Stewart as "incandescent" if "on the edge of hysteria from the start".

"She's jittery, brittle, often abrasively defensive and yet deeply vulnerable in a film that puts her through a psychological wringer with shadings of outright horror," he wrote. "This is a long way from the more decorous treatment of Netflix's The Crown."

The Guardian's five-star review called it an "extraordinary" film, and called the director's approach "rich and intoxicating and altogether magnificent".