Kiss listeners give reasons why they haven't been vaccinated 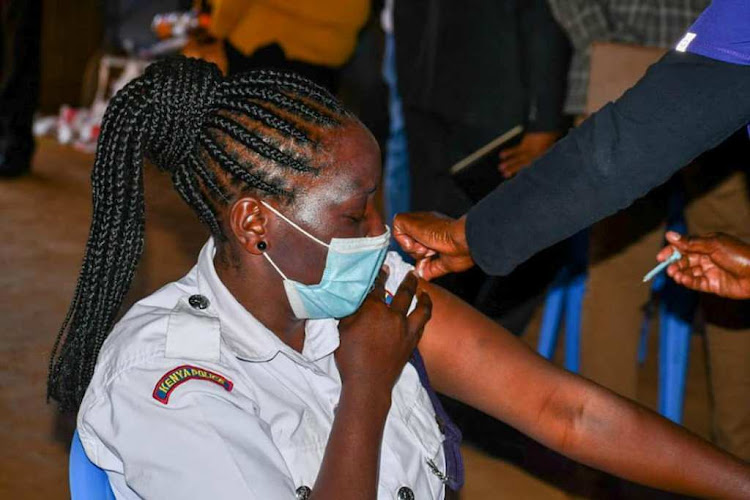 The Covid-19 vaccination drive has been in full swing in the country with health CS, Mutahi Kagwe announcing that a total of 2,874,858 vaccines have so far been administered across the country.

"The uptake of the second dose among those who received their first dose is at 39.1 per cent with the majority being males at 55 per cent while females are at 45 per cent. Proportion of adults fully vaccinated is 3.0 per cent," Kagwe said.

This morning we wanted to know why Kiss listeners have yet to be vaccinated and what could be their reasons.

One caller shocked many when he revealed that his greatest fear is that his manhood might stop functioning once he takes the jab.

Check out some of the reactions below;

Melvin: Conflicts from the neighboring communities

Musa Ronnie: You can still get covid after getting vaccinated.

Michael James: I believe in my natural immune system.

Tim Daily: I'm waiting to see if there are any long term side effects that were obviously not considered.

All Kenyan: Frontline the old the vulnerable ,the rich and the ones due for 2nd shot should go first…as per what i know the vaccines are still not enough for all of us..no need to rush for the few vaccines..

Moses Wamuyu: This government of ours it has lost our faith plus nimewatch movie mob...if you know whatci mean.