Men pray that your ex gets a man - Bahati 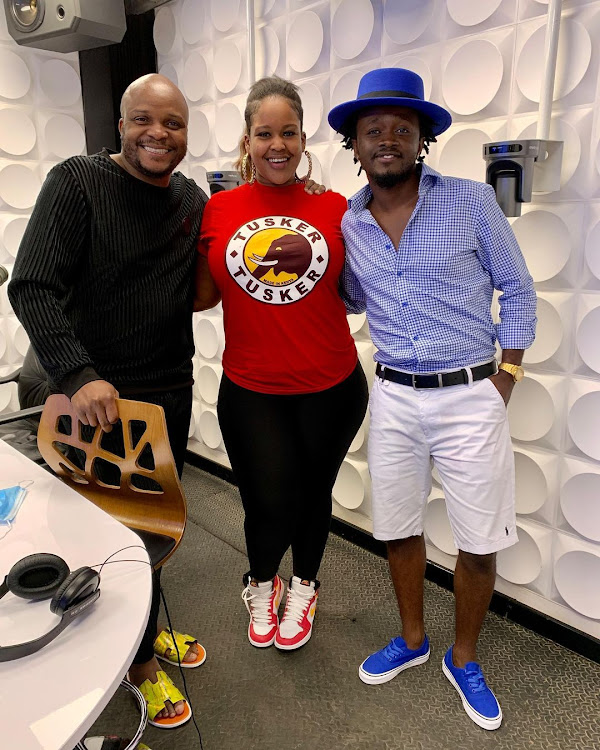 Bahati has advised men to always pray for their exes if they want peace in their lives.

The 'Wanani' hit maker said the moment God blesses your ex with a man then life becomes less dramatic and a lot easier on your side.

Speaking exclusively on Kiss Unplugged, was put to task to share how he balances life having Yvette Obura as a baby mama and Diana Marua as a wife.

He says the most important thing is to first respect your wife and have some boundaries with your baby mama.

"First the mother of your kids is the mother to your kids and there's no day that Yvette will lose respect no matter what.

For them to co parent and work together, Diana deeds to feel ako na hiyo respect kama my wife. When she feels respected she'll respect the mother to my child." Said Bahati.

The moment you start doing it with your baby mama hapo sasa ndio she'll feel like she's on the same level. Men also pray for your ex to get someone and that should bring a lot of peace.

The father of four says having Having a family is a dream come true and sometimes he feels like they are his brothers and sister.

How is Bahati at home?

At home I'm a dad and I allow my kids to listen to anything, they don't necessarily have to play my music only, I let them express themselves.

How does he manage having a wife who is a public figure as being a father at a young age?

First I think because of my background because I started being responsible at the age of 9. I had a decision either niwe chokoraa ama nitafute home nipelekwe shule bila parents.

Nikiamka asubuhi I know this is what I want to do and that's the same thing I put into my wife. When I introduced her to the limelight I had to give her a lesson on what we need to do together.

Bahati who ditched gospel music a while back just dropped visuals to his song 'Wewe ni mungu' and it being the only gospel song off his 'Love like this album,' he says he spent a fortune on the video.

Nowadays I don't do gospel songs for the sake of it and it was a song to thank God for a lot of blessings in my life as well as many ambassadorial deals.