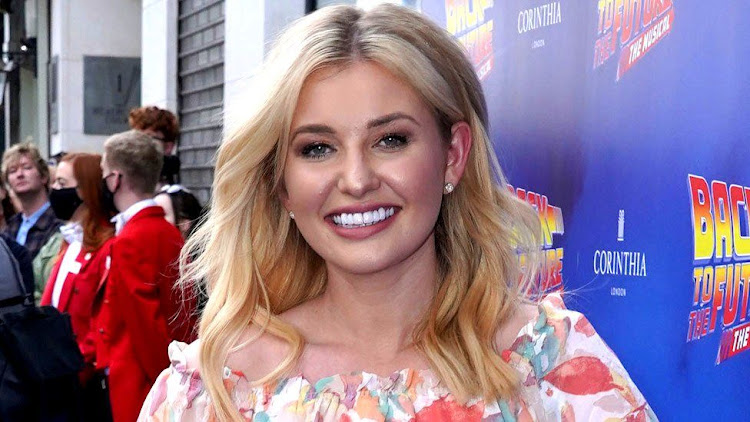 Former Love Island contestant Amy Hart has said she has discovered she has been abused online by nurses and even had a death threat from a 13-year-old.

The 29-year-old influencer, who appeared on the 2019 series, told a committee of MPs that Instagram users should have to verify their identities.

"Everyone's got a national insurance number," she said. "And if you're under 16 and don't have one, then your parents should have to put theirs, because one of my death threats was traced back to a 13-year-old."

She added: "You think, if that's what they're doing at 13 in their bedroom at their mum and dad's house, what are they going to do when they're 18 and they're out on their own?"

Much abuse comes from anonymous accounts, but if someone posts under their real identity, Hart often looks up who they are, she told the Digital, Culture, Media and Sport (DCMS) select committee.

"If someone messages me horrible things and they do it from their own account, I'm straight on Facebook to look at who they are," Hart said.

"I was being trolled by nurses and people that have got husbands and children. I think, do you go to dinner parties and tell your friends that you're trolling random 29-year-old girls that you don't know? Are you proud? I don't understand it."

Hart told the committee's inquiry into influencer culture that she went into Love Island with 3,000 Instagram followers and had more than a million by the time she left.

She told the committee: "The [social media] networks are not supportive enough when it comes to trolling. I've reported some messages before, and they come back saying, 'We've looked at it and it doesn't break community guidelines'.

"And I'm like, look at this barrage of messages someone's sent me before seven o'clock in the morning, telling me how much they hate me, how awful I am, why everyone hates me, how ugly I am - from a fake account, a trolling account, a burner account.

"And you're telling me that doesn't break the policy?"

Hart added that she has come to realise there's little use in reporting abuse to the platforms. "I delete things, but you see those messages and actually I have probably stopped reporting them now because I know there is no point," she said.

"Because the time it takes me, the process of doing, 'Why are you reporting this message?' and then it comes back a few hours later with a notification saying, 'We have checked it and it doesn't break community guidelines'."

"We have strict guidelines against bullying and harassment and have introduced a number of safety tools including Limits, which prevents comments and DMs from people who don't follow you for a period of time, and Hidden Words, which allows you to filter abusive words, phrases and emojis from your comments and DMs, so you never have to see them.

"We'll continue to work with partners, including ITV, and the wider industry to help protect people from abuse."

Meanwhile, Hart also said she received "amazing" support from ITV and the Love Island producers, with "welfare girls" regularly calling her for 18 months after leaving the show, and therapy that remains on offer.

"Any time you need therapy, it will always be there from ITV, and I am still friends with producers, they always check in on me," she said.