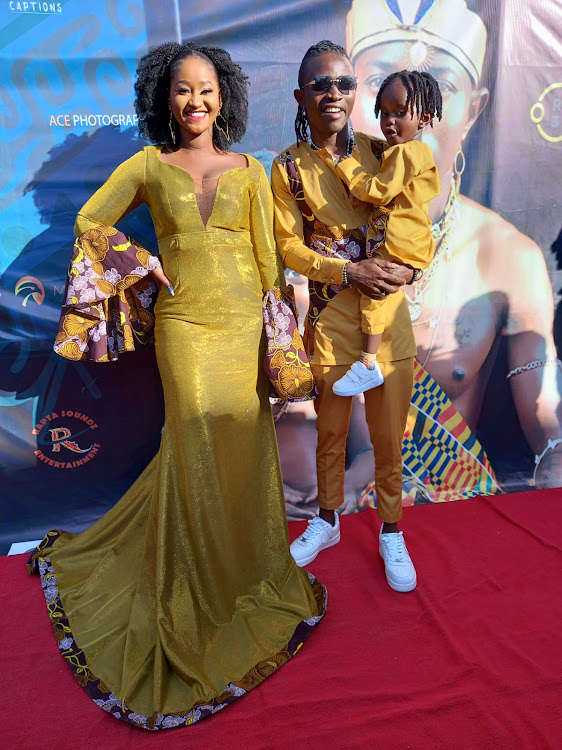 Mr. Seed and his family, Nimo and son Gold

Last year, Nimo Gachuiri accused her hubby Mr. Seed of cheating on her.

She said she was informed that Seed cheated on her with a girl at a gathering something Seed denied and said she was just doing business despite the girl sitting on his lap during the event.

However despite it all, the two have already patched things up and Nimo says her hubby is perfect just the way he is and that he is only dating her.

Speaking to Kalondu Musyimi during Mr. Seed's 'Black child' album launch,  Nimo vehemently defended her man saying he doesn’t owe anyone any explanation. She says she is the one who knows the truth.

“He is not dating everyone out there he is only dating me. If we sat down and came to terms with it he doesn’t need to prove to anyone, he is perfect the way he is,” she said.

Asked why the two don't post much about their family on social media Seed said he realized only a few people wish you well and that is when he decided to scale back on that.

"I am a family guy and the people who know me know how much I love my family. Hapo online ni very few people wanakutakia mema and unajua ma enemy wako hutafuta something small kuanza kuleta mambo mingi," Seed said. 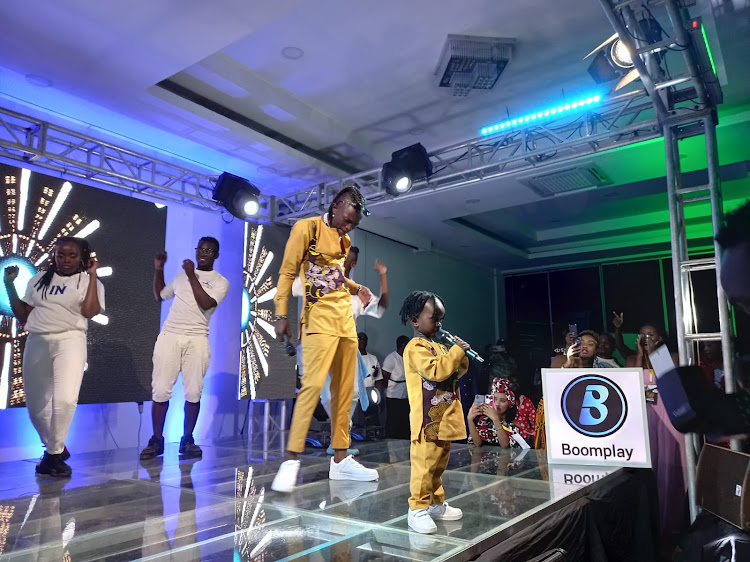 Mr. Seed and his son during his album launch

Echoing her hubby's sentiments, Nimo said since they decided to stop posting about their relationship, they have experienced joy and peace of mind.

Nimo said; W"e have dated and posted each other on social media until we got a child and when we decided to lay back a little we have been the happiest, we have had so much peace and we felt like we don’t need to prove to anyone that we are still together."

Nimo says she believes that whenever they post photos showing how happy they are, that is when people want to destroy and she can’t understand why.

She says the decision to not post each other on social media has also seen their relationship become more intimate.

“When we decide to comeback and post we will!” Added Nimo.