Opinion: Why Omanyala's girlfriend might be the last of her kind 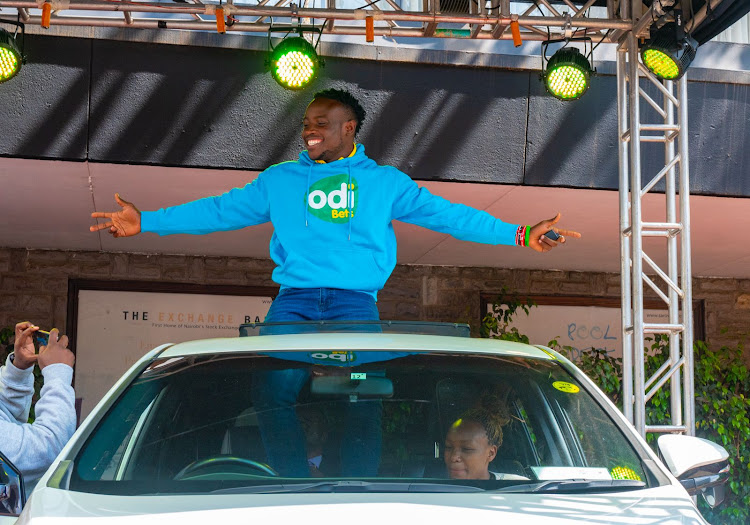 By now you must have heard about the phrase; 'Hakuna bale ingine ni sisi tuko.'

Well there is a bale of few great women remaining out there and sorry to say they are the last of their kind. Kenyan  sprinter, Ferdinand Omanyala's girlfriend,  is one of them.

On Tuesday, Omanyala who is officially Africa's fastest man, revealed that his girlfriend believed in his dreams when no one else did.

During lock down, his girlfriend pad all the bills for six months and supported their young family through thick and thin.

"I trained for six months and we had no money. Thanks to my girlfriend, she was paying the rent and taking care of the bills as she had a job," Omanyala said.

She would bring the money to the table and tell me how to budget it, telling me what was training money, rent, and food. I would come back from training and find that she has boiled water and is ready to take care of me and I feel good. Now I will take care of her and she will get what she wants."

Omanyala was rewarded with a brand new car by Odibets for his feat which saw him clock 9.77 seconds in 100m race over the weekend.

However the question is how many women in this time and age are willing to sacrifice their time, money and energy for their man's dreams?

When you go through social media, many women proved that the bale is over with many of them claiming they would rather go for an already established man.

When the discussion came up on Kiss FM this morning, some female callers said the fear of character development is what keeps them away from supporting a man's dreams.

So gentlemen, when you get a real one who is willing to spend on you, sacrifice her time, money and energy on you, do right by her. Bale zimeisha!