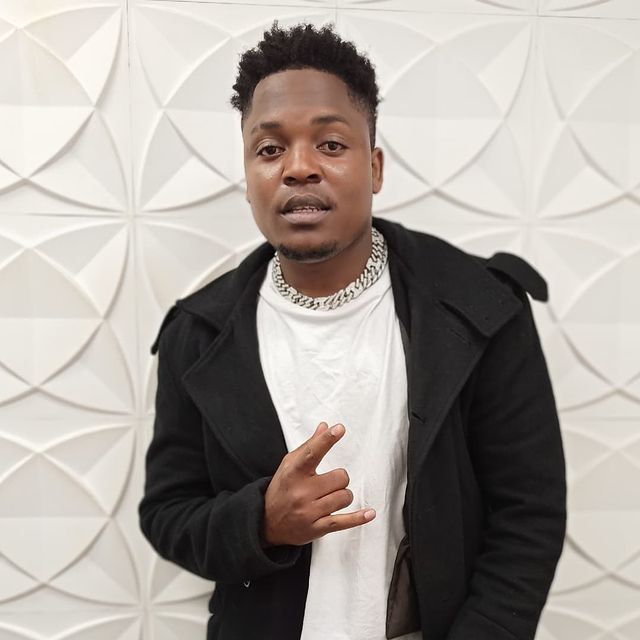 B classic in kiss fm studios

A few days ago, Taita Taveta's finest, B Classic shocked Kenyans when he announced intentions to quit music.

He said he had opted to go back to his old mechanic hustle in Taveta in a bid to put food on his table.

"I Quit Music because of frustrations , No Support From Fans Never Thot Ningewai Choka Na Kitu Nilipenda Sana , Ila situations will force You , for those who believed in me am sorry labda one day things might change . Good luck Kwa Hustle Yangu Mpya ," wrote B Classic.

When Kiss100.co.ke reached out to his manager Mr. Ken, he confirmed that his client was on the verge of quitting music revealing that frustrations had seen him sink into depression.

"For the past one month after we dropped 'mi nawe'  he has since been suffering from depression," Ken said,

He feels like he has been doing a good job but doesn't get the love and appreciation he deserves.

He hasn't been in Nairobi and has been in Taita Taveta where I was forced to travel and see how he is fairing. When he feels like he is ready to come back to work then we can release his music because we had done at least 10 projects.

Immediately his video about quitting music went viral, many Kenyans on the comment section predicted that he was set to release a new project and he was building hype towards it by chasing clout.

However, his manager said he was not in the business of chasing clout with such a sensitive matter.

"B Classic is not clout chasing because what he is going through is a reality. Apart from being his manager I am his friend and what he said was from his heart," said Mr. Ken.

He says they had to fish him out of his old mechanic job because they feel as a brand he gives hope to many youths and by going back there he will kill their hopes and dreams.

"We told him that he better do something else and things will go well since it is a process and they take time."

Days later, B Classic released 'Utawezana kweli' a song he termed as his farewell song before he bows out.

"My fans, receive my apologies. I know this hurts. After losing hope in music, I have now seen how much you love me from the messages I'm getting."

However, his management say they are handling the issue.

"We are in talks with the singer as he has a long-running contract with us and cannot just leave the label after about a year of working with us."

Speaking to Word Is B Classic hinted that we might be hearing more from him musically.

"Before music, I used to work in a garage, and that's what I've gone back to doing. I spoke to my former boss and he agreed to take me back," he said.

Vibe to 'Utawezana kweli' below;