Why Jalas thinks Kamene pushes her potential lovers away 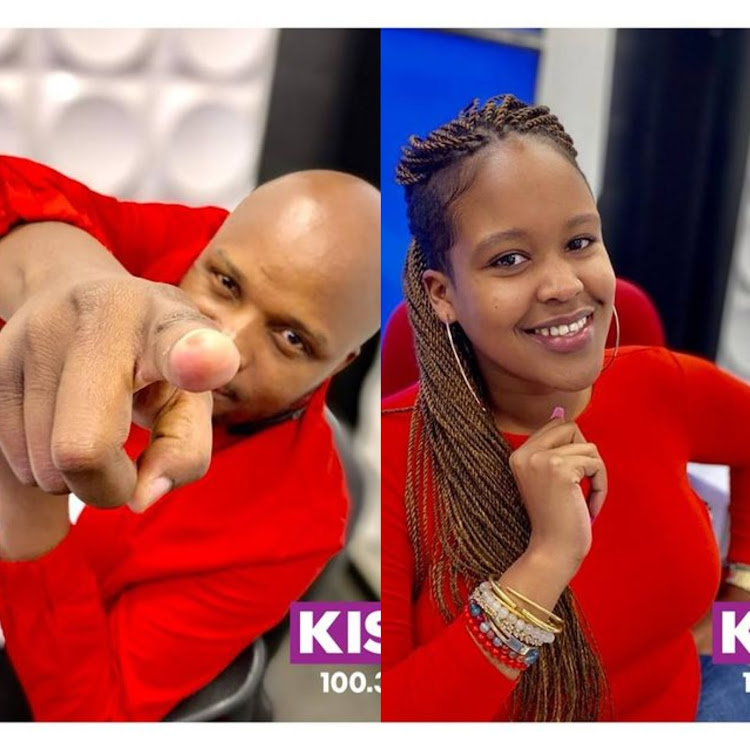 If you don't tune in to The Morning Kiss everyday then you don't know the kind of crazy banter you miss out on from Kamene and Jalas.

These two have the best time of their lives on air and the hilarious conversations literally set the pace and mood for the day.

So apparently Jalas thinks his co-host might be her own enemy when it comes to landing potential suitors.

The two were discussing an incident that left an American woman stuck with $3,100 dinner bill after her blind date refused to pay for the 23 family members she brought along.

Kamene called the lady out but said she normally tags a few of her friends along to her first dates to avoid awkwardness.

Even before she was done justifying her tactic, Jalas was not getting any of it and in fact 'categorically warned' her against doing so in future dates.

He argues that what she thinks works for her might actually turn off her suitors and ruin her chances of landing a potential partner.

“Even you going out with akina Charity to your dates is a no no! I want to categorically warn you Michelle, you are gonna lose potential boyfriends because of pulling up with these people.” Jalang'o said.

However, he had a different suggestion that he thinks might work for Kamene.