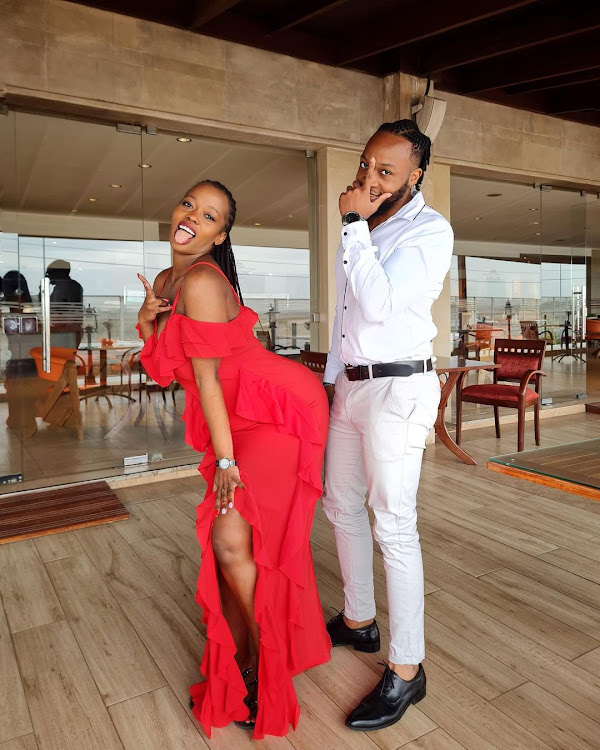 Corazon Kwamboka is clearly not a happy woman. She is fed up with the kind of trolls she has been receiving of late.

When she gifted herself a brand new white Mercedes Benz, one netizen pointed out that she has been the one doing the most in her relationship with Frankie.

She noted that Corazon is the one who treated Frankie to a birthday vacation in Mombasa alleging that Frankie does nothing for her.

Addressing the rumors, an angry Corazon bashed the netizen, terming their trolling as 'obsessive.'

Setting the record straight, the mother of one said Frankie flew her to Zanzibar on her birthday.

She added that the two compliment each other and that she works hard to buy herself whatever she desires urging trolls to 'know their worth.'

"This trolling is now becoming obsessive.

1. I took Frankie to Mombasa for his birthday. He took me to Zanzibar for mine. Now if you guys are the type of women that only want men to do stuff for them and gift them boxers on their birthdays, good for you," wrote Corazon.

2. I take pride in working hard as a woman and being able to buy anything I desire for myself through my blood, sweat and tears. We are both young trying to make something out of our lives. Frankie compliments and supports me, and that’s all I need. No wonder your men will never grow. Women are not helpless babies, we can be strong, powerful and independent. Know your worth

Video of the day: Corazon Kwamboka gifts herself a Mercedes car