King Kaka: We were desperate we hoped I had Tuberculosis 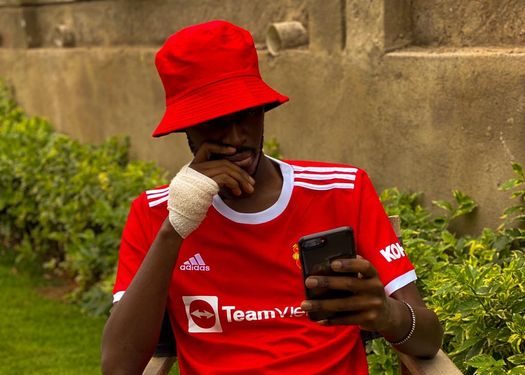 Nana Owiti sat down with his hubby King Kaka where he opened up on his ailment for the first time on camera.

In a hearty conversation between the couple, the two shared how the hit rock bottom and how Nana was left broken even when no one knew what was going on.

When did the problem begin?

"We had just gone to Mombasa for a holiday with the family then a few days after coming back nilikuwa na sore throat ingine singeweza kumeza mate. So we rushed to the nearest hospital and I think I got better," said King Kaka.

Kaka said after taking medications he recovered but the problem reoccurred after two to three weeks and that is when he chose to seek opinions from their doctor friends.

“Ikafika mahali my taste ikapotea and you are like is this Covid? Then skin yangu ikakuja ikawa smooth but what we didn’t realize ni kwamba I was losing weight and I was sweating at night.”

Nana says Kaka was sweating profusely every night and they were forced to change pillows every now and then during the night.

Kaka whose weight is usually 85kgs had lost a lot of it and by the time he went to see his Doctor, he was 17kgs lighter and he chose to hide that from Nana ‘to protect her.’

When he came back home he lied to Nana that he was 74kgs and he says it was a ‘good lie’ since he didn’t want his wife to retire to bed worried. To conceal the weight loss he would wear a hat, a hoodie and a jacket on top.

When things became worse the Dr. conducted a few tests on Kaka among them, HIV and TB tests which turned out negative. When he did a chest X-ray he was told there were traces of Pneumonia.

“We were so desperate ilifika mahali sasa mnaombea disease flani at least you have something and you are treating it.”

Nana narrated how one time King Kaka was struggling to breathe and his voice became high pitched and they had to rush him to the hospital late at night.

Asked why he never told his friends he was sick, Kaka says his personality doesn’t allow him to go to people with his problems. He is the person people come to.

Nana says her friends knew Kaka’s condition and they were on a journey together and were praying for her.