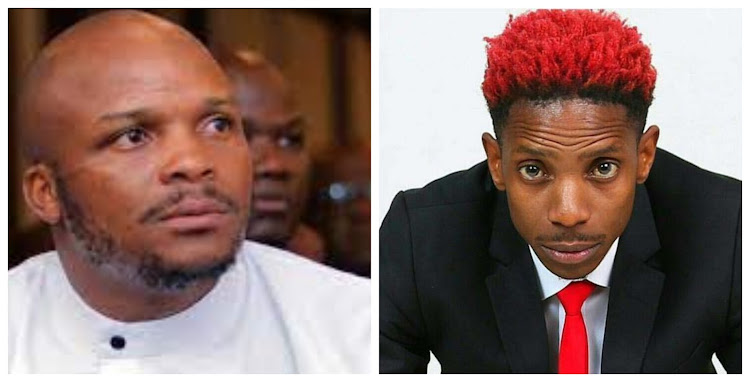 The Morning Kiss presenter, Jalang'o says the feud between Jacque Maribe and Eric Omondi has left him between a rock and a hard place.

Jalang'o says both are his friends and the worst thing you can ever do is take sides.

Reacting to their drama he said;

"Eric posted and said whatever happened happened and said he decided to take responsibility.

Hapo kwa responsibility Maribe akaingia and she's still my bestie. Now Sarah kabu has also picked it up and said you make money from comedy and asked Eric to man up and take care of his kid."

Eric Omondi demands for a DNA test for Maribe's son

So I was there in a cold corner because I would have defended Eric and blame Covid-19 but then I don't want to hurt this person and all.

He went on to say if a celeb is embroiled in a drama he can never take sides and he'd rather maintain silence and let it burn.

After the dust settles that's probably when we are going to hear what Jalas has to say about the entire thing, with the award winning comedian now demanding for a DNA test to ascertain that indeed he is the father to Maribe's son.

'Don't use our baby to chase clout,' Maribe's sister calls out Eric Omondi for not supporting his son