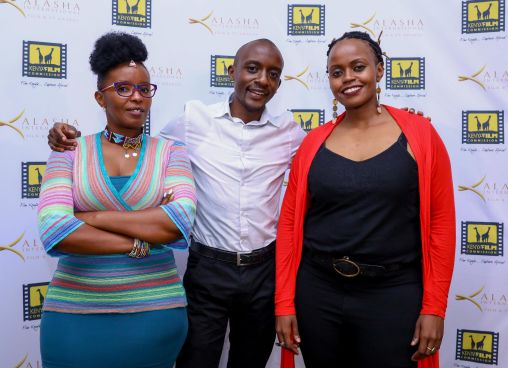 Image: Moses Mwangi Kalasha jury, (R to L) Valentine Zikki, Kalasha nomination academy chair, Ernest Livasia GM Chomoka studios and a member of Association of Animation artist of Kenya and Emma Kibunja of Africa Motion pictures pose for a photo moment during the unveiling of the nominees for the 11th edition of the Kalasha Awards.

The Kenya Film Commission has unveiled the nomineesin various categories for the 11th edition of the Kalasha International Film and TV awards during a press conference hosted at the Sarova Stanley hotel today.

Speaking at the unveil ceremony, the Chairperson of the Kalasha Awards nomination committee, Valentine Zikki noted that this year 706 entries were received, and through a rigorous vetting process by the committee a shortlist of five (5) nominees per category was done.

“The vetting process this year was as thorough as in the other previous years. With the help of our 7-member Jury academy drawn, all drawn from the film industry, we were able to narrow down to a total of 145 nominees. The Jury Members were Valentine Zikki (Kenya Actors Guild), Moses Wamalwa (Kenya Scriptwriters Guild), Emmah Kibunja (Jambowood), Earnest Livasia (Association of Animation Artists in Kenya), Simiyu Barasa (Riverwood Ensemble), Leo Mutisya ( Media Council of Kenya) and Sheila Murumba (Communication Authority of Kenya)” said Ms Zikki.

Officiating the event was the Kenya Film Commission CEO, Mr Timothy Owase who reiterated the Commission’s commitment towards ensuring that the Kalasha International Film and TV Awards continues to recognize and award local talent.

“The Kenya Film Commission remains committed to the local film industry and we remain aware of the need to continually create avenues for local film makers to be recognized for their efforts in moving the industry forward.

With the 11th edition, we are re-affirming our commitment to drive this agenda through the next decade, and in collaboration with

industry players ensure that our local talent is showcased at home and beyond”, said Mr Owase.

The Kalasha International Film and TV awards was launched ten (10) years ago and is held annually to recognize film makers in Kenya.

The unveil of the nominees sets the stage for the public voting which is scheduled to open on 3rd November 2021 and closes on 3rd December 2021, after which the Awards ceremony will take place on 10th December, 2021. 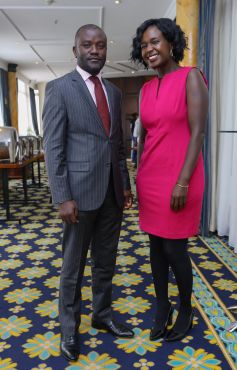 image: Moses Matiba Letitia Ouko, Kenya Film Commission Corporate Communication Manager with Evans Mark Osewe during the unveiling of the nominees of the 11th edition of Kalasha awards at the Sarova, Stanley Nairobi.

Public voting usually constitutes 30% whereas the Jury vote constitutes of 70% of the total vote.

This year the categories for the public vote will be as below;a) 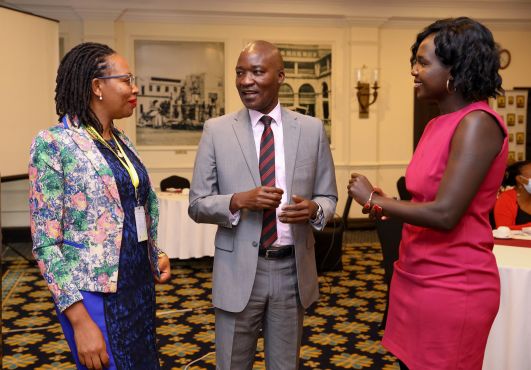 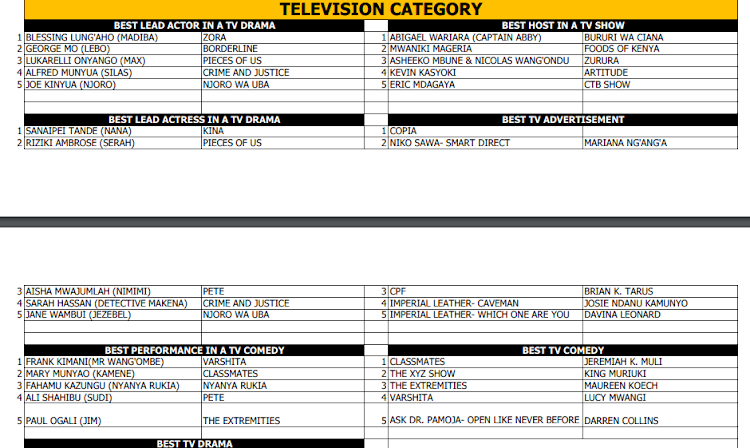 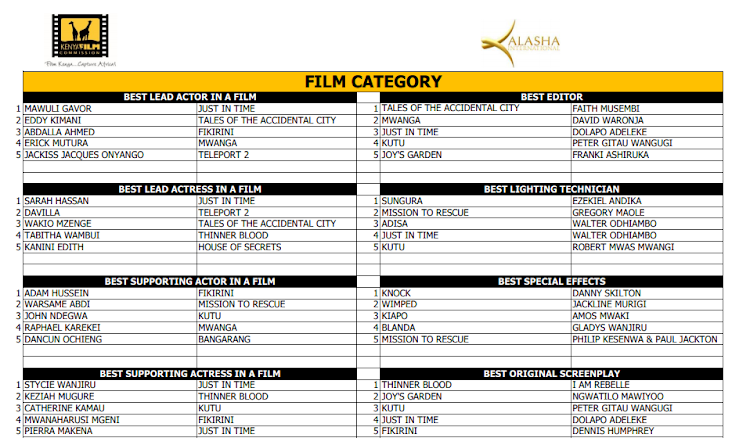