Lilian vs Mutua: Lilian wins first round of their bitter court battle 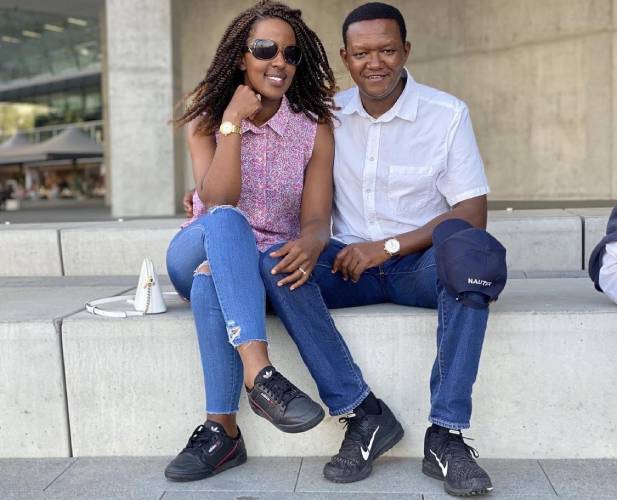 Governor Alfred Mutua’s estranged lover Lilian Nganga has won the first round of their bitter court battle over property.

This is after the court dismissed Mutua’s pleas to have the case transferred to Machakos where he claimed the dispute arose.

However, the court dismissed his objections ruling that the matter will be heard in Nairobi.

Mutua had argued that the Nairobi court lacked territorial jurisdiction to hear and determine the case on the basis that the dispute arose within Machakos County.

The court also dismissed the county boss argument that it lacked jurisdiction to hear the case filed by Nganga on the basis of the value of the shares and stocks in question.

Mutua had also claimed that the issues raised by Nganga in the case were res judicata arguing that there is a similar case before the commercial court between them and the matters in are substantially similar.

Mutua had also argued that the court lacked jurisdiction to hear and determine the matters because his estranged lover has pleaded marriage to him so the court couldn’t hear the matter dealing with division of matrimonial property.

“The application is frivolous, vexations and otherwise an abuse of the court process, it’s incurably defective and lacks merit,” Mutua argued.

The court dismissed all the six points of preliminary objections raised by Mutua in a bid to throw out Nganga case.

In the case, Nganga wants the court to issue restraining orders against Mutua which will bar him from going close to her house, workplace or taking any of her properties pending determination of their dispute.

Nganga also said Mutua went to her house and took possession of her car a Toyota Harrier which he intends to sell to a third party.

The case will be mentioned on November 15 when her application seeking for restraining orders against Mutua will be heard.