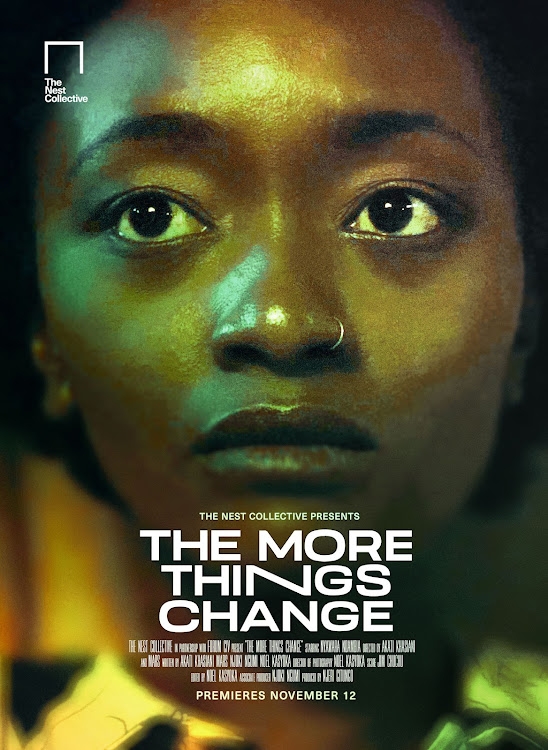 The Nest Collective is proud to share the long awaited premiere dates for “The More Things Change”, as well as the new screening details, so that everyone can finally watch it!

TMTC was watched for the very first time at the NBO Film Festival, on Friday 12th November 2021. Thereafter, it will be available to all, for absolutely FREE viewing, on The Nest Collective's Youtube Channel from its online premiere on Wednesday 17th November 2021, from 10AM!

“The More Things Change”, or TMTC for short, is a fiction anthology feature film from the Nest Collective 2 years in the making, slated for release this very month!

The film was made in partnership with Forum Civ, as part of the Wajibu Wetu program. TMTC has been described as a slow-burn, cerebral, dramatic thriller.

It boasts the unique narrative of looking back into Kenya’s political past, and then exploring the present, as well as imagining an exciting potential speculative future, to explore resistance by individuals and communities. Co-directed by Collective members Akati Khasiani and Mars Maasai, the film explores what happens when an ordinary girl takes on a powerful adversary at great personal cost.

A fiery performer of great flexibility and power, Nyawara was most recently seen in the highly acclaimed Kenyan comedic drama Supa Modo, where she starred as the beautiful, determined and assertive Mwix.

“We’re really happy to be so close to the release, after many months of work from so many talented people. We can’t wait to see how folks will react!” said Njeri Gitungo, the Nest’s head producer.