Jalang'o: 'Two men hit on me over the weekend!' 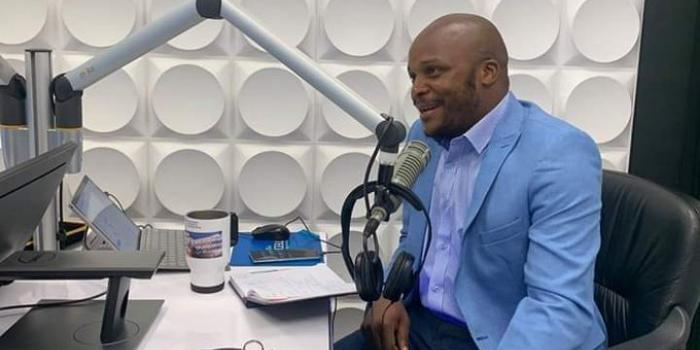 Jalang'o had quite and eventful weekend to say the least.

The Morning Kiss presenter shared how he was hit on by two men who thought he was gay.

Sharing the hilarious events, Jalang'o says one man accosted him to the washrooms where he made his move, leaving him confused.

"One accosted me at the urinal, I'm traumatized," said Jalang'o. He added; I'm washing my hands then this one stretches his hand over me and I didn't know what was happening so I told him once I'm done you'll wash your hands."

On the second incident, Jalang'o says another man made his move by stepping on his feet under the table during an event on Sunday where he had worn shorts.

Jalang'o fired a warning to the men who are interested in hitting on him saying that he supports the LGBTQ community but he cannot be anyone's girlfriend.

"Then this other one we are seated and he's stepping on my feet chini ya Meza. Anaingiza miguu yake and I'm like I will kill you!

Please please it is good to be bold but don't be bold with me I am not interested. I cannot be someone's girlfriend."