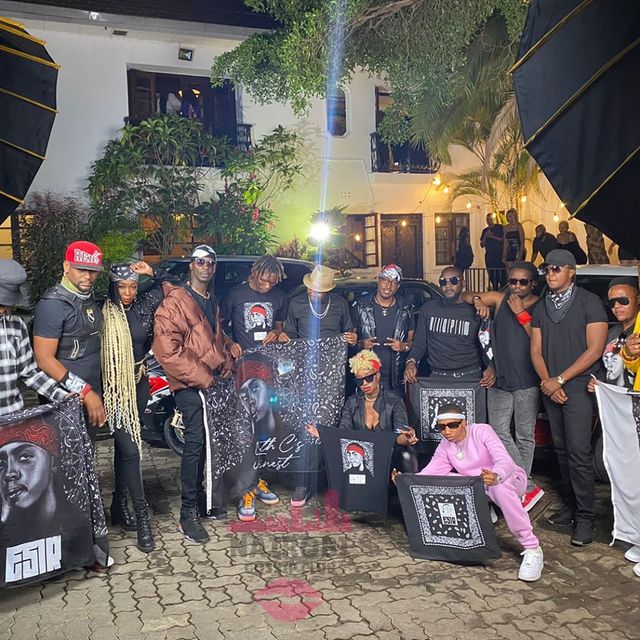 The star studded lineup was seen shooting a music video rocking all black clothes and holding black bandana's a style that was synonymous with E-Sir.

Four months ago Nameless revealed that he was working with a couple of other artists for an E-Sir tribute song where they would feature his brother Habib.

Nameless revealed the great news on his reality show ‘This Love.’

Nelly said that he had been working on the tribute song for two years now.

“I have written this song for like two years. I needed to do this for a legend that has done it for the music, he inspired me so much, he needs to be taken as the legend he is.” He said.

An excited Wahu, who had accompanied her husband, added, “It is an interesting song because it bigs up E-Sir and I like that idea.”

E-Sir, born Issah Mmari, died on March 16, 2003, in an accident along the Nairobi-Nakuru highway on his way back to Nairobi from a concert in Nakuru. He was accompanied by his colleague and best friend Nameless.

It looks like we are just days away from finally listening to that much publicized project.