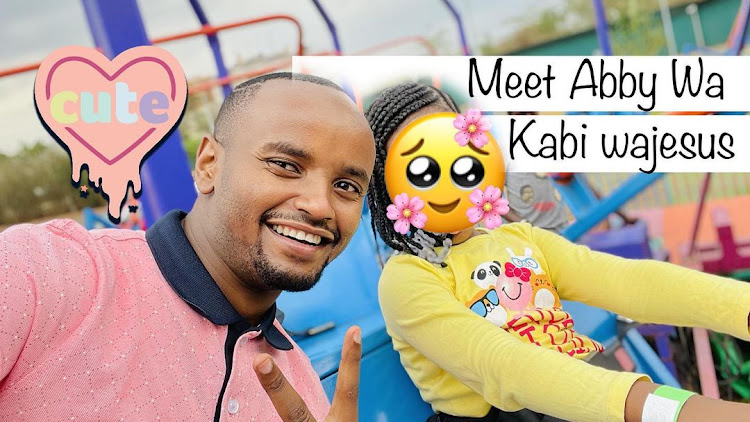 Back in May this year YouTuber, Kabi wa Jesus confessed to being the father of Abby, a kid he sired with a woman said to be his cousin.

This brought to an end months of drama and back and forth with Abby's mom who had alleged that Kabi was a deadbeat dad.

He was forced to take a paternity test to ascertain that he indeed was Abby's father and he later on released a statement promising to take care of his daughter.

"Hey, Guys and praise Jesus. Some of you might be aware of the matter involving me regarding baby Abby. I wish to confirm that Yesterday's paternity results were issued that confirmed that I am the biological father of the child. The results confirm that, in 2013 (which was before I got born again and married), I sired Abby. I know this news comes as a shock to many of you who follow and watch us." Wrote Kabi.

Fast forward and Kabi and his wife Milly have released a Youtube video finally introducing baby Abby to the world.

In the video Kabi is seen enjoying some father daughter moments at a park.

Introducing her to his fans, Kabi even tagged Abby's brand new Instagram page which has since garnered close to 10,000 followers.

He wrote; So Excited my daughter Abby finally joins our online familyWe are live @abbywakabiwajesus

'I deeply regret...' Kabi Wa Jesus confesses to being the biological father of child with 'cousin'