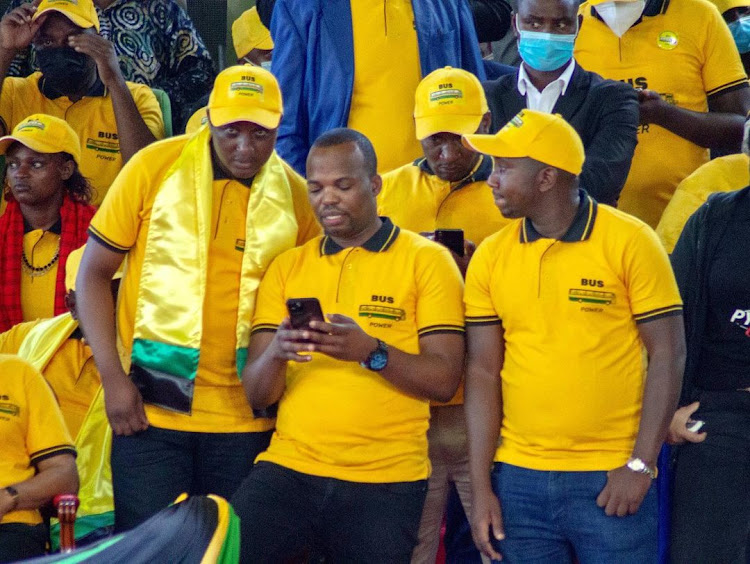 Celebrated comedian MC Jessy has become the latest creative looking to enter the August house come 2022. Yes you read that right and it is no laughing matter!

The Churchill show comedian announced on Saturday that he will battling to become the next member of parliament for South Imenti.

He joins Kiss FM presenter, Jalang'o another comedian who is looking to represent the people of Lang'ata constituency in parliament in next year's general elections.

Jessy made the announcement via his socials and will be vying for South Imenti MP seat under Kiraitu Murungi's Devolution Empowerment (DEP) political Party which was launched on Saturday 27th November. Jessy was in attendance.

"Today the journey of leadership has started officially," wrote Jessy.

In a separate post Jessy wrote: The plans for South Imenti well articulated and what a better place to implement them than in Devolution Empowerment Party DEP (Mbus)

Should he succeed with his bid, MC Jessy will be joining a growing list of other comeedians who turned politicians. They include; John Kiarie (KJ) Nyambane and Mdomo Baggy.

I hope that should Jessy and Jalang'o be elected into parliament they will fight for their fellow creatives who feel like their needs aren't well addressed especially matters creative economy.