"Hey Mama is a song for us to imagine our future in a positive way and how we can be part of the solution." - Emmanuel Jal 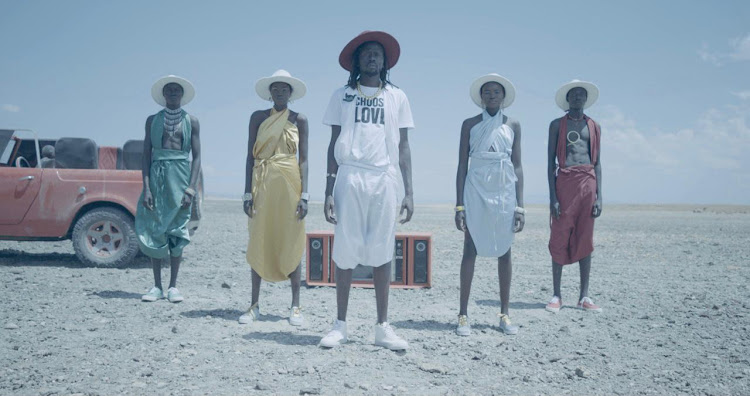 Sticking to his message of peace, love and unity in his home country of South Sudan, Emmanuel Jal releases “Hey Mama” an Afro pop record that pays homage to his motherland and it’s rich cultural diversity.

Jal collaborates with Juba’s Check B, a young activist who was wounded as a child in the war and who also uses the arts to promote a positive future for young people.

Together they sing, "South Sudan is my mother, tribalism has no place, languages don’t discriminate, we are all equal, no war, love is our cure.”

The single is picked from Jal's up & coming studio album titled – Shangah and remixes will be released through the Kenyan based record label Gondwana in December, 2021 from South African producers Da Capo and Black Motion, Kenyan DJs Suraj and Euggy and Moroccan based Dj/Producer Fnx Omar with more to come!

The video directed by acclaimed Kenyan Director Enos Olik and sponsored by the ethical footwear brand Twins for Peace takes Emmanuel and friends on a road trip across the country as its name checks the different regions and towns dotted across South Sudan with the visuals celebrating the beautiful textured culture of South Sudan and its people.

A former child soldier rescued by a British aid worker, he has gone on to share his story through music with the release of six studio albums that have included such notable features as Nelly Furtado, Nile Rodgers, Darryl "DMC" McDaniels, and Peter Gabriel.