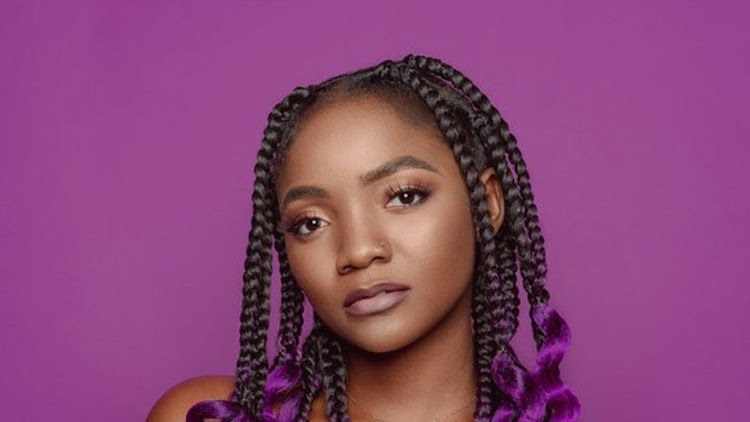 Nigerian celebrities have recently opened up publicly about the sexism they have faced after multi-award winning singer Simi spearheaded the #NobodyLikeWoman trend on Instagram.

It provided a safe space for stars, and other women, to share their experiences of discrimination.

They tended to post black-and-white photos of themselves, scrawled over with the words of their critics, like: "She's a mother, she should stay at home", "Why is she going out at night if she's not a prostitute?" and "Why aren't you married yet?"

Simi told the BBC she cried as she scrolled past one of the hash-tagged posts on her social media feed.

It was about a woman who had been mocked for having four Caesarean sections - when a baby is delivered by making a surgical cut into the abdomen and womb.

People questioned why she could not give birth naturally.

She said the comments were harsh: "'She's not any good. Imagine she cannot even have your children naturally. They had to do C-section for her and she still lost one of her children.' That is so traumatising."

The 33-year-old singer said she wanted to start the campaign so women would understand they were "not alone" in their struggles - it coincided with the release of her new song Woman.

But the flood of women who jumped on the hashtag to share their experiences of sexism and discrimination both in their careers and personal lives was a surprise.

A photo of Simi with the words: "How can she ask for that kind of money, is she not pregnant?" painted on her back started it all rolling.

As a famous artist in Africa and beyond, Simi said it summed up the sexism she had faced within her own industry of Afro music.

At the start of her career music bosses - usually men - told her she had to be "sexy" and provocative to make it in her field.

When she made it big anyway, they were shocked.

There were even people who did not want to work with women, because they thought they could not function after having children or getting married, she said.

In one incident she recalled how someone questioned why she charged so much for concert tickets while she was pregnant.

"It was probably an agency," she said, when asked who the culprit was.