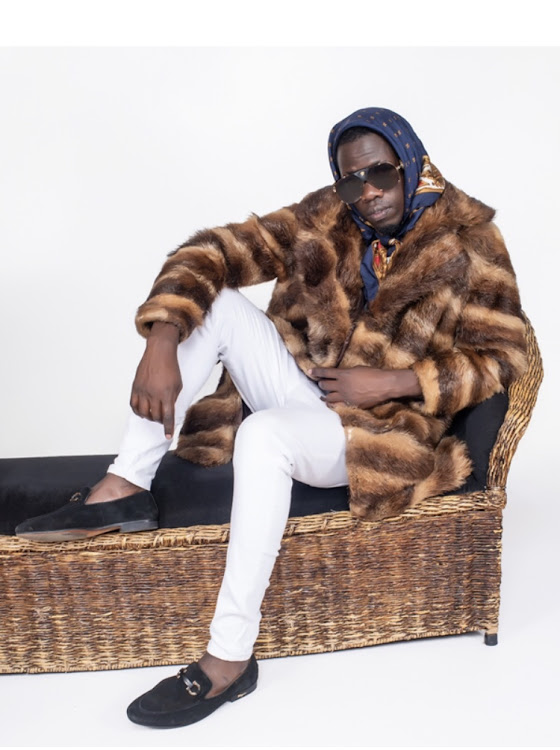 Vaga Genius was born in 1995 and raised in Kibera's “Kisumu ndogo”. He did his primary schooling at Raila Educational Center in Kibera and was later transferred to St.Mairead in Nyakach Kisumu County in 2008.

Kiss100.co.ke caught up with the upcoming singer who shared his life story.

"When I lost my dad the family was forced to move back to the village where I finished my KCPE certificate in 2009 and joined St. Joseph Nyabondo High school in Nyakach. I got good grades but could not proceed to the university because my mom could not handle the burden since my brothers were also joining high school at the same time.

I had to come to move to the city to find survival means as I save money to educate myself. I came back to Nairobi and 2014 to stay with my uncle Fred and joined YMCA Swimming Academy where I did my life guarding and swimming instructor course as I also competed in swimming galas and also did small jobs to survive.

I started my music journey at the early age of 12. My grandmother was a musician and when I went back to the village to visit, she could teach me some of her vernacular songs - luo traditional songs and I started loving music and started writing my own songs and rap lyrics, my friends could hit bucket drums as I rap and they nicknamed me “Vaga” because I used to like Vybz Kartel song with the intro “hey vaga big woman ting” so the name stuck.

I started my professional music journey in 2016 where I recorded my first song with my friends called “party” then recorded a couple of songs but did not release them due to lack of funds to shoot the video.

2017 and 2018 was my worst year where I had to stop my music journey because I lost my mom and later my elder sister, it was a tough moment to accept my situation got depressed and had to quit music and get a job to survive and take care of my brothers.

Luckily by the end of 2019, I saved some money and opened my own recording studio Afro-Royalty Records and signed and managed GOTTA CITY in mid-2020 that is made up of Madocho wa kanairo, Stoopid Boy, Lietin and Pingo as I was still gathering strength to come back into my music journey. In 2021 I started recording my songs whereby I have dropped two videos in 2021 titled Stingiki and recently Wololo.

On his future plans,

"In the period of my music break, I met a lot of big celebrities all over Africa and learnt how to go about music career and business and am currently confident and ready to venture in the industry it might take me time to build the foundation of the fan base but I believe in 2 years’ time I will be in the musical map of Africa and Kenya with idols like Sauti sol and other great musicians from Kenya and all over Africa."

"My slogan is ‘MASTER YOUR CRAFT’ once you have mastered your craft then blend it with various creativity and ideas then I believe something productive will come from it no matter how long it takes."

Check out the music video below.