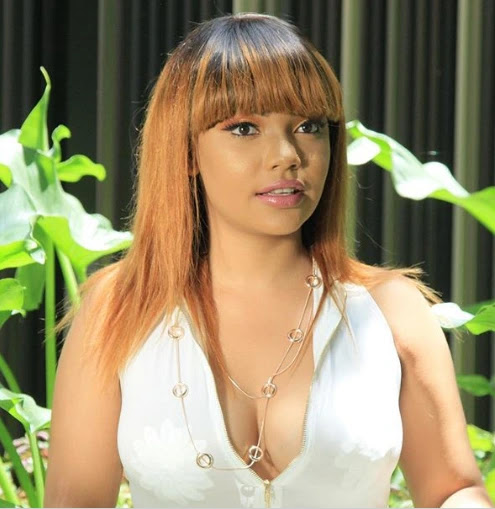 Official Lyn has revealed she and Diamond were dating adding that she was expectant with his baby. Speaking during an interview on Wasafi Media, Lyn says it hurt her so badly when she miscarried.

"We dated for around 1 and 1/2 years. We used to live together at the time. We met while I had gone to go meet Rayvanny for a shoot."

Lyn says things were serious between them as Diamond's people had visited her family for introductions.

"Diamond even came home to my family to introduce himself and tell my family that he was with me. His people were the ones who came as he cannot come directly.

I was already pregnant but I lost it at 3 months. I do not know why I miscarried maybe it was God's plan."

Diamond has in the past dated Wema Sepetu, Zari Hassan, Hamisa Mobetto, Tanasha Donna, Jacqueline Wolper, Jokate Mwogelo among others.

He so far has 2 kids with Zari Hassan, 1 with Tanasha Donna, and 1 with Hamisa.