Nviiri and Otile Brown are most streamed artists among Kenyan millennials 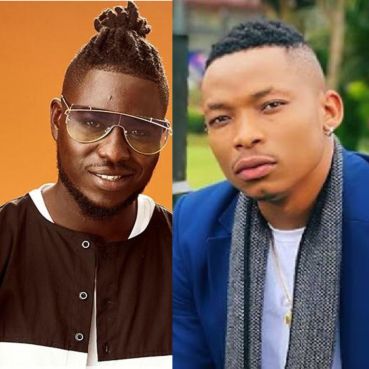 The Gen Z vs millennial debate is a never-ending one, even if the age difference between the oldest Gen Z and youngest millennial is only a year.

Gen Zers prefer mom jeans while millennials are diehard skinny jeans lovers. Gen Zs declared that side-parts are very millennial-esque and middle-parts are the in thing.

Millennials on the other hand, believe Gen Zs are obsessed with TikTok challenges.

But when it comes to music, are the listening tastes between millennials and Gen Z really that different? Or are there similarities showing that, in the end, people are not all that different and that music is the one factor that unites us all?

Spotify Wrapped - the annual round up of the most streamed artists, songs, albums and playlists - gave us a chance to look at both generations’ listening habits, and there were some unexpected crossovers. Below, we break down each generations’ tastes.

The Canadian rapper is the most streamed artist for both Gen Z and Millennials, showing his cross-generational appeal. His most recent album, Certified Lover Boy broke Spotify records on the day it was released for the highest opening day streams. There’s no doubt that this contributed to his most streamed status.

The other artist who seems to be loved by both Gen Z and Millennials is also a Canadian; Justin Bieber. He is the second most streamed artist by Gen Zers,and comes in third in the millennials’ streaming charts. It might seem surprising that he’d be so high up in the list for millennials, but he himself is a millennial, albeit one of the younger ones. It therefore makes sense that they would be drawn to his music.

Kenya’s biggest band, Sauti Sol, is  the third and final crossover artist. They are very popular among millennials, coming in at number two.This is unsurprising as this was the audience they started with when they first came into the music scene.  For Gen Z, they were the sixth most streamed artist. While most of their music is well received by fans, their latest album Midnight Train had something for all generations, adding to their popularity.

The full list of the most streamed artists by Kenyan Gen Z is:

Kenyan millennials have  varied taste when it comes to what music they listen to, with artists across different genres making an appearance in the top 10. Unlike Gen Z, where rappers dominate their list, the only rappers who are most streamed among millennials - apart from Drake -  are Kanye West and J Cole. Instead, they show a preference for Kenyan and Nigerian artists with both Nviiri the Storyteller and Otile Brown joining Sauti Sol in the most streamed list. Wizkid and Burna Boy are the two Nigerian stars whose music is most streamed among this group.

The full list of the most streamed artists by Kenyan millennials is:

Even though most of the artists these two generations listen to are worlds apart, it is still interesting to see that there are certain artists that people enjoy, regardless of their age.