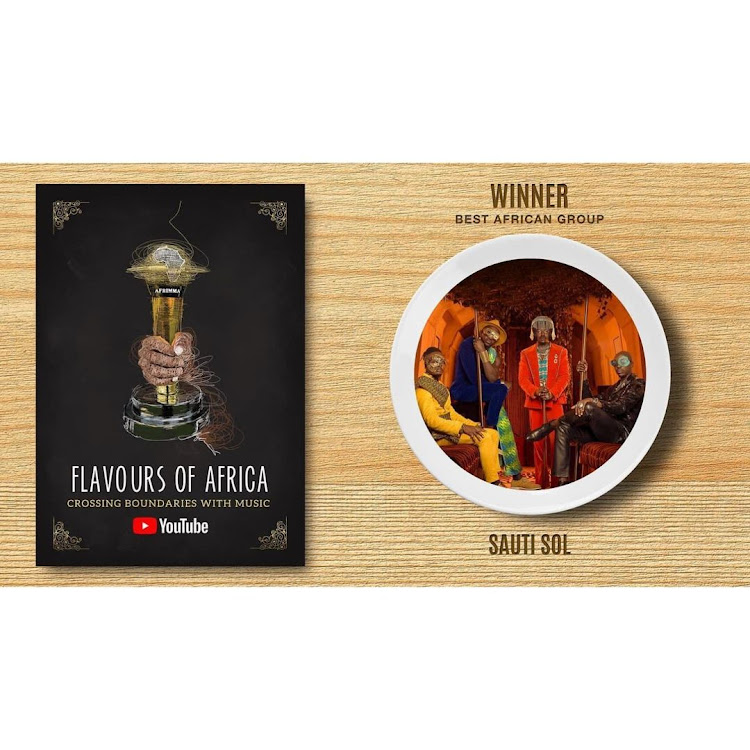 Hours before they won Kenyans with their electric performances at the Carnivore grounds during Sol Fest event, Sauti Sol had already been crowned 'Best African group' at the 2021 Afrimma awards.

The legendary boy band took home the gong at the event which was held on 12th December.

The Nigerian superstar beat her peers to; Artiste of the Year, Song of The Year,and the category of "Crossing Boundaries With Music" He was the biggest winner of the night.

Adekunle Gold won Best Male Artiste for West Africa while the love of his life Simi was awarded as the Best Female Artiste West Africa.

Congratulations to all the winners!