Savara on whether Sauti Sol are breaking up soon 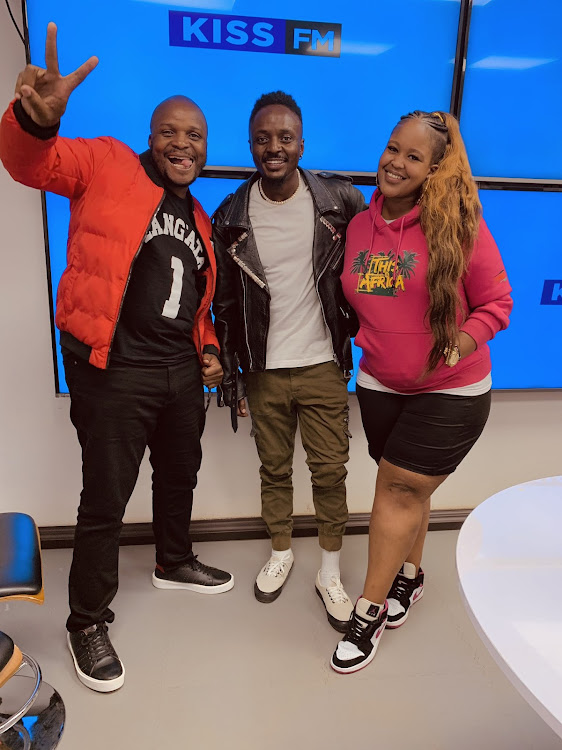 Among the things he discussed, Savara touched on the alleged rumors or fears that the band are on the brink of breaking up. The rumors were fueled by the announcement that they were all pursuing individual musical journeys.

Savara says he understands the worry from fans and he says it shows that they care about the group and wish the best for them but they are not planning on breaking up.

"Tumekua pamoja for 15 years and we needed growth because we have different sentiments. It's time to let Chimano grow, it is time to let Savara grow so that we don't influence each other that much ndio tutoe vitu fresh manze." Said Savara.

Below is a transcript of the KIss FM unplugged interview;

But is it the beginning of the end?

What I like about that is that they (fans) care. Hatuwezi. Hatuko 21 sazile maisha inakupeleka mbio ndio unaeza fanya hizo stuff. Sauti Sol is the government we are ambassadors.

The most difficult band member?

Bien and I but we are all emotional in different light. Chimano also has his days.

Who cries the most?

I do. The last time I cried was just the other day when I was listening to my album.

Savara just released his first single 'balance' off of his up coming 'savage level' album that contains 14 songs produced by himself.

So for the album I wanted to introduce Savara to the world and that's why it's late. I wanted to pay homage to where I came from.

Check out the interview below;