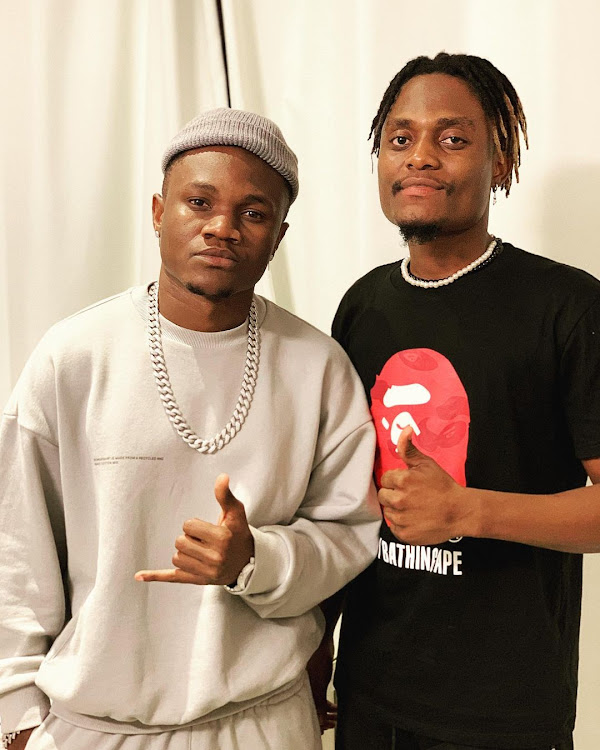 Masauti has come out to address allegations over how he and fellow artist, Nadia Mukami were mistreated on stage during last weekend's 'Mbosso bright future' show in Mombasa.

The Wasafi record signee was the headlining act in an event where Masauti, Nadia Mukami and other Kenyan artists entertained the crowd.

However, reports that came from the show alleged that Masauti and Nadai were subjected to mistreatment from the show organizers who didn't want them to finish their performances leaving the two disappointed and their fans confused.

Addressing the issue, Masauti pointed fingers at the organizers and refused to blame Mbosso for what went down. He says one lady 'didn't want to respect my art and show my value as a homegrown artist.'

He says he was not accorded transportation means to go for sound check and to the main event and when he tried to reach out to the organizers they cut their communication.

He says that didn't stop him from proceeding with the agreed plan and the drama continued when he was performing on stage.

Thirty minutes in, he noticed there was some disagreement between his management and the organizers and it ended with the DJ ending Masauti's set after he was threatened by the said lady.

However it took Mzazi Willy M Tuva's intervention for him to continue with his performance until he was done.

Nadia Mukami is yet to post anything regarding the happenings but celebrities have joined hands in calling out the organizers for disrespecting Kenyan acts in favor of foreign artists.

Oga Obinna advised MCs to always work hand in hand with the backstage managers to avoid such embarrassing moments in future and urged everyone including international acts to always keep time.

As a seasoned MC I blame my fellow MCees. There are some mistakes we make on stage and in this case is asking the audience who they prefer. As an MC it's your duty to implement the program. Ensure every act on the stage feel like superstars. How you introduce them, how you hide behind the scenes when they are on stage and how you make everyone manage their time. Event MCees are like baking Powder when making mandazi, without them you will have chapati or better yet the mandazi will backfire. Event organisers work on getting Professional MCees (stop cutting budgets) then Giving PROPER BRIEF to them and offering guidance when need be. MC, DJ, Security and Backstage managers work hand in hand. The fans don't know what they want, they paid and came to the event after seeing the poster etc.. Make it work and make them listen, follow the program. Only change it when it's an improvement on it. Event organisers let's stop making artists go on stage late, stop having 5 different people telling the MC what to do. This also applies to the fans.. Keep time.