Get ready for some fun, drama and reality check, Baba Twins, the first Showmax Original film in Kenya, is now streaming. 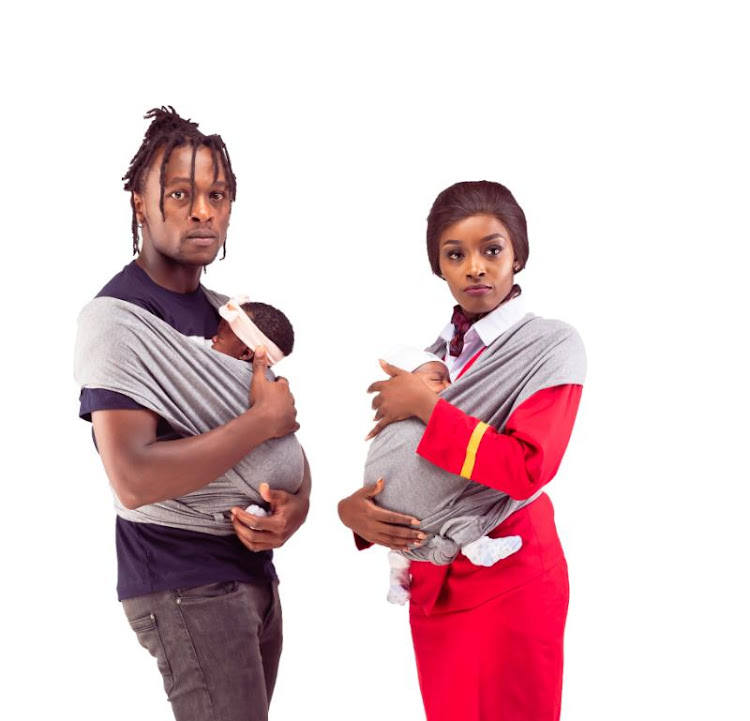 Directed by Lawrence Murage and produced by Lucy Mwangi (Njoro wa Uba, Varshita, Auntie Boss), this coming-of-age comedy drama follows Tony and Wamz, a young couple who are thrown into the middle of raising twins just when their careers are beginning to take off.

The easy-going, fun-loving celebrity radio presenter Tony has his eyes set on hosting the popular breakfast show while the orderly and closed Wamz has just been confirmed as a permanent cabin crew member for a national airline, but it seems that life has other plans for them.

Lead Morris Mwangi, who also recently featured in the Showmax music drama Famous, describes his character Tony as “a bachelor with an extroverted personality and an ease for attracting the ladies.”

To play a young father, Morris had to press the fast-forward button and get his head in that space to see how he would deal with that situation. Growing up without a father, he reveals that he didn’t have any points of reference or practical experiences to draw from.

“I didn’t grow up with a dad, that’s one of the experiences I could have borrowed from,” Morris says. “So, my inspiration was more imaginative but that’s one of the best things about this job - you get to share someone else’s perspective and to create something from nothing and be really great and convincing.”

To fully immerse into parenthood, Morris and his co-lead Violetta Ngina had to bond with the two babies before kicking off production.

Working with the infants wasn’t an easy task for Morris who’d never held kids that young in his life. “I had some stumbling at the beginning because I was afraid that I’d drop them, but I was open to learning and everyone on set was just kind, especially those with kids, and they held my hand because they could see I was terrified,” he says.

Unlike Morris, Violetta was more at ease in handling the twins and getting into her character as a young mother. Wamz may be Violetta’s first acting role but this is as much her story as it is Wamz’s.

“This movie is quite personal because five years ago, this was me,” Violetta reveals. “I was delivering my child and it was almost a similar situation because I wasn’t in a good relationship with my child’s father. This was a personal story, I felt like I was acting out my life. I just hope I did the role justice because it represents so many people who have been in the same shoes.”