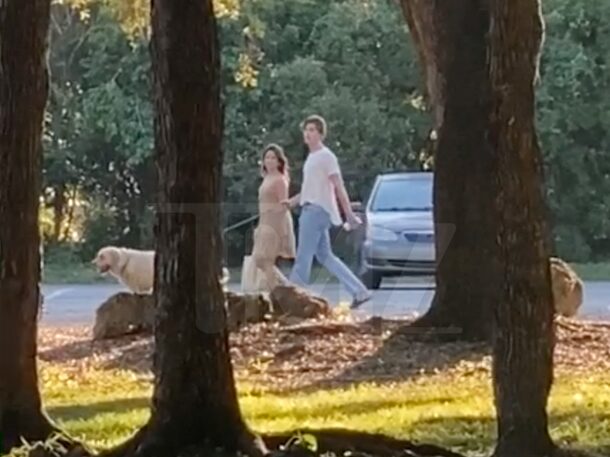 Shawn Mendes and Camila Cabello seem to be on good terms following their public breakup.

Following their much publicized breakup two months ago, the senorita singers met in Miami for an outing with their dog Tarzan.

.On January 6th, the ex couple met up in Miami Park where they were seen walking their puppy, Tarzan.

The former fifth harmony member wore a beige-colored sundress and sandals while the stitches singer wore a simple white tee,  light-wash jeans and black sneakers as seen in photos by TMZ.

The 'senorita' singers welcomed the dog into their lives in 2020 shortly after self isolating in Camila's Miami home amid the pandemic. According to TMZ,  fans are speculating the couple may have rekindled their romance.

It was unclear whether they were reuniting as full -blown couple or the former couple are just making efforts to be good co-parents to their golden retriever, Tarzan  and remain best friends. Who knows! However, the following day, Shawn was seen shirtless on the beach without his ex-girlfriend.