Meet Limbofest a boy band aiming to be bigger than Diamond 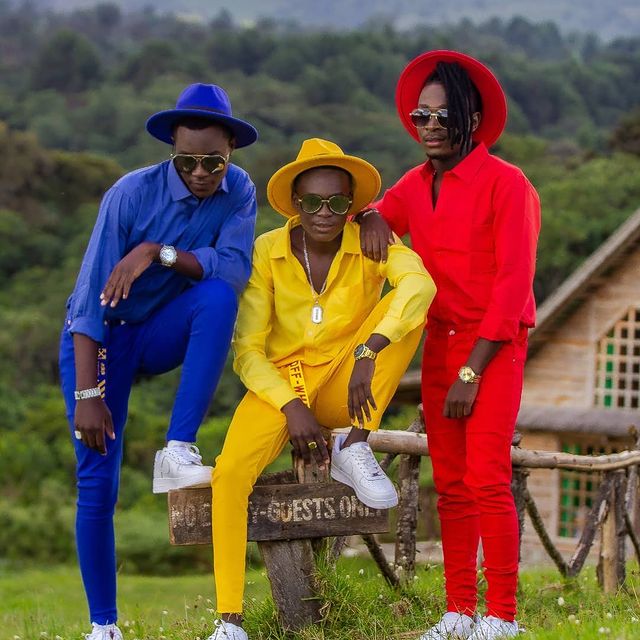 Meet LIMBOFEST, a musical trio made up of Emmanuel Magero AKA Malen, Emmanuel Ouma AKA Buznoel and Mark Mukabi AKA Amek who are aiming to take Kenya's sound to the top.

In fact in their own words, they want to be bigger than Tanzania's music mogul, Diamond Platnumz in terms of music streams, record sales and having a brand that everyone wants to be associated with.

The boy band which hails from Busia consists of family members who share a  journey that began in 2020.

The three young artists who are signed under Limbofest limited quickly realized that they share a common passion for music and deep desire to perform that could lead to the creation of something beautiful.

"The name Limbofest was derived from the word Limbo which is a state of uncertainty and as much as we do Afro fusion when you listen to us at first you won't be able to tell our genre," Malen tells me in an exclusive interview with Kiss100.co.ke.

The band recently dropped 'Katerina' which they featured Awicko and the song has to be their biggest project yet, garnering close to 50,000 views on YouTube.

Following the song's success, Limbofest have been left hungrier and yearning for more success and won't stop at anything until they hit their target.

"We mostly look up to the most successful people in the industry," they said. Musically we look up to Diamond Platnumz and we want to surpass him and leave a rich legacy.

He is one person we have seen growing in the industry from here he began to where he is now and he still works hard and drops bangers after bangers.

Among the Kenyan artists who have earned their utmost respect include; Khaligraph and Otile Brown.

After working with Awicko and Vivian, the band now plan to concentrate on dropping singles as they embark on establishing their brand before working with other artists.

"We are working on singles first with hopes that they will propel us to a different level and then maybe work on a collaboration which will also boost our fan base."

Catch our exclusive interview below with the boy band below as they talk more about their upbringing and the challenges they are facing as young creatives.