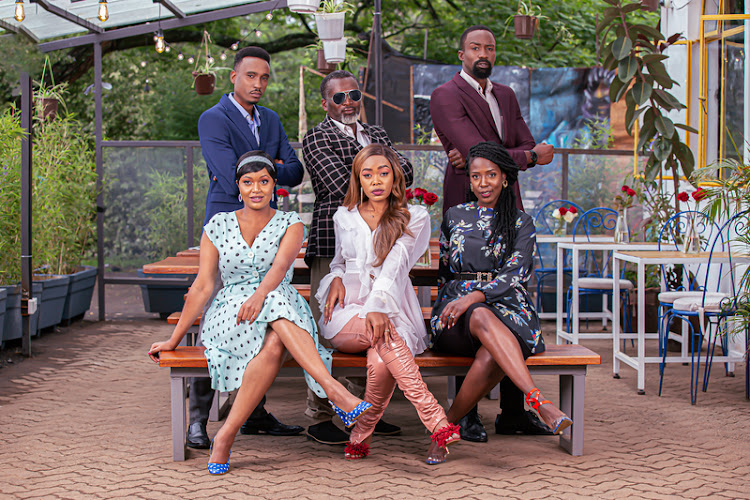 The show will also be available to Kenyans in the UK, France and 31 other countries in the diaspora.What does the pursuit for the one look like for 30-something women in Nairobi?

Sintamei (Gathoni Mutua) is trying to start a family with her loving husband Kevin (Lucarelli Onyango) while also building her career as a corporate lawyer.

Rebecca (Faith Kibathi) is all about motherhood, being a housewife and staying loyal to her “husband” Eric (Michael Munyoki), even though he doesn’t have a shilling to his name.

And Mariah (Minne Kariuki) is all about expensive gifts and traveling to the best destinations her rich sponsor’s money can buy, while chasing the next social media high and sharing slay queen dating tips with her many followers. “Paris was amazing.

If your guy takes you to Dubai, please dump him,” she tells her fans while on a private jet from her vacation in France.When we catch up with them in the first episode of Single Kiasi, they seem to have their lives and their romantic relationships under control.

But dating in Nairobi can be hectic, and it doesn’t take long before the men of Single Kiasi prove the popular saying in the city’s dating scene: “Men will embarrass you unprovoked,” as reiterated by Mariah.

In the course of the 13 episodes, Single Kiasi follows Sintamei, Rebecca and Mariah as they go through the ups and downs of love and dating in Nairobi while also reminding us that, at the end of the day, friendship is the most powerful relationship they can have.

Single Kiasi is the second Showmax Original series in Kenya after the Kalasha-winning Crime and Justice.

Watch the trailer below;