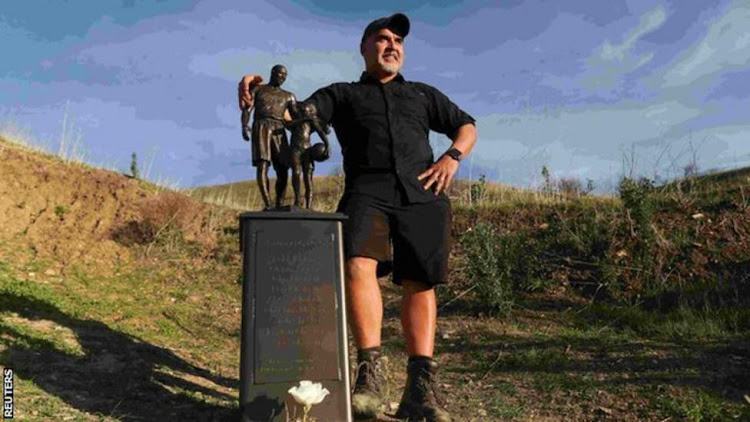 "This is all on my own, no-one asked me to do it," were sculptors Dan Medina’s words after taking the statue of Los Angeles Lakers legend Kobe Bryant and his daughter Gianna to the site of their helicopter crash on the two-year anniversary of the tragedy.

The bronze statue, which weighs 73 kilograms, is temporary but in hopes, Mr. Medina wishes a permanent version is sited on a prominent Los Angeles spot. He took the statue to the California site on Wednesday where nine people died.

"On this day, the second anniversary of the accident, I decided to bring it up from sunrise to sunset and create a bit of a healing process for fans.” Continued Medina. He added that "Today was special because I witnessed a lot of that. People would come up and they would leave with some sort of satisfaction."

Famous quote from Kobe Bryant 'Heroes come and go, but legends are forever' were engraved on the statue’s base including names of the nine victims who died in the crash.