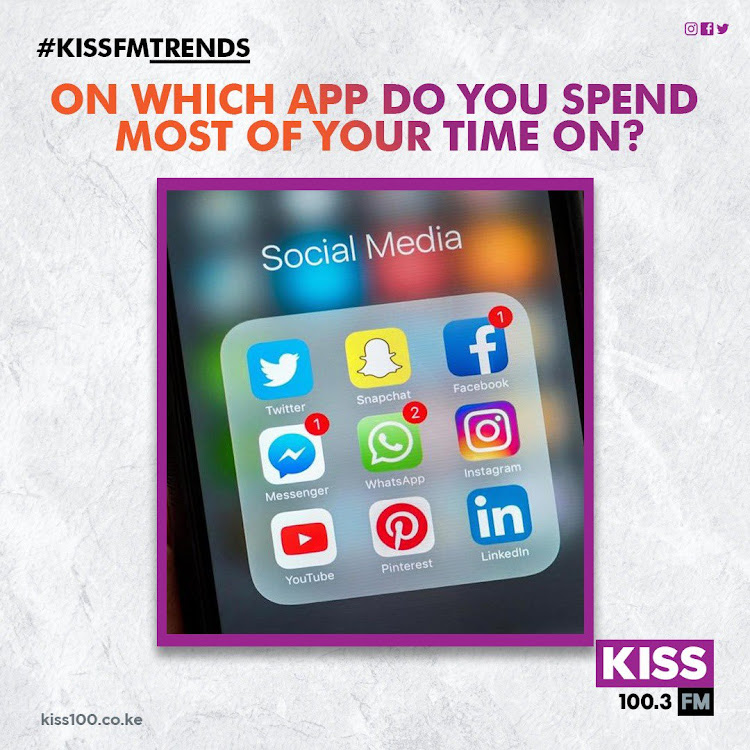 Conversations have emerged in relation to social media consumption and its impacts to the modern society. After hours of research, it was evident that applications installed have contributed to modern technology abuse.

Having had discussions on how to solve the outlined challenges, Kiss FM conducted a survey across it's social media platforms asking Netizens to rank their favorite social media apps.

Although TikTok wasn’t captured in the survey, many social users voted for the app claiming was the most used app since the pandemic with its users becoming addicted to it.

Some replies from the survey were: