Millions of condoms set to arrive next month 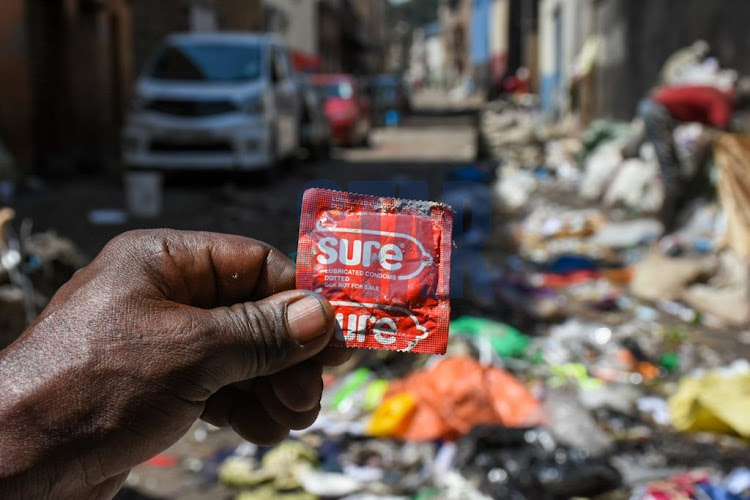 A man holds a pack of condom at River road Nairobi on November 24, 2021 Image: MERCY MUMO

The government has ordered millions of male condoms that are expected in the country next month.

This will end a shortage of free condoms, which was reported end of last year.

“The procurement of public sector free condoms is ongoing and the next batch is expected in the country in March 2022,” Joab Khasewa, the monitoring and evaluation officer at the National Aids Control Council told journalists.

However, NACC fears thousands or even millions of these condoms will end up going to waste because Kenyans are using a few.

Last year, the government supplied millions of free condoms, calculated at 25 condoms for each sexually active man in Kenya. However, each man used only 14 condoms the whole year, NACC surveys showed.

Khasewa said this is extremely low because each man should use about 40 condoms a year, according to various recommendations.

He said NACC will carry out vigorous campaigns to promote condoms because they are the most effective way to prevent HIV, STIs  and pregnancy when people have sex.

The free condoms given by the government account for about 84 per cent of all condoms used in Kenya.

“Adequate stocks of socially marketed and commercial condoms are however available to members of the public in retail outlets,” Khasewa said.

He called for more local resources to buy condoms because the current free supply is donor-funded.

According to the Kenya Aids Progress Report 2013-2021, condom use has prevented 45 million HIV infections since the epidemic was first reported in Kenya.

The report argues condoms may also have attracted a bad vibe because their dispensers are mostly located in toilets.

“The country will continue working with partners through its decentralised structures in ensuring continuity of HIV services including condom distribution in non-health facilities such as Huduma Centres, boda boda sheds, market places, matatu termini, and lodgings, among others,” the report says.

NACC says condom use is also key in preventing pregnancies.

Separately, the Ministry of Health says attempts to make the female condom attractive to Kenyans have failed.

Figures from the ministry suggest it is the most unwanted modern birth control method, despite its efficacy in preventing pregnancy and sexually transmitted infections.

Only 5,800 pieces were dispensed from health facilities countrywide last year, mostly in Nairobi, according to the ministry’s data analytics platform, which aggregates information from all health facilities.

The female condom was introduced in Kenya in the late 1990s as a potential game-changer that gave women the opportunity to protect themselves from both STIs and pregnancy.

It works just like the popular male condom by preventing the exchange of semen and vaginal fluids during sexual intercourse.

“The biggest challenge is knowledge on how to use it and where to access it. Advocacy from the government or partners is not there,” says Peter Mogere, a health research advocate and project coordinator of the Kemri’s Partners in Health Research & Development.