'Mwangi and I are fine,' Actress Njambi assures fans 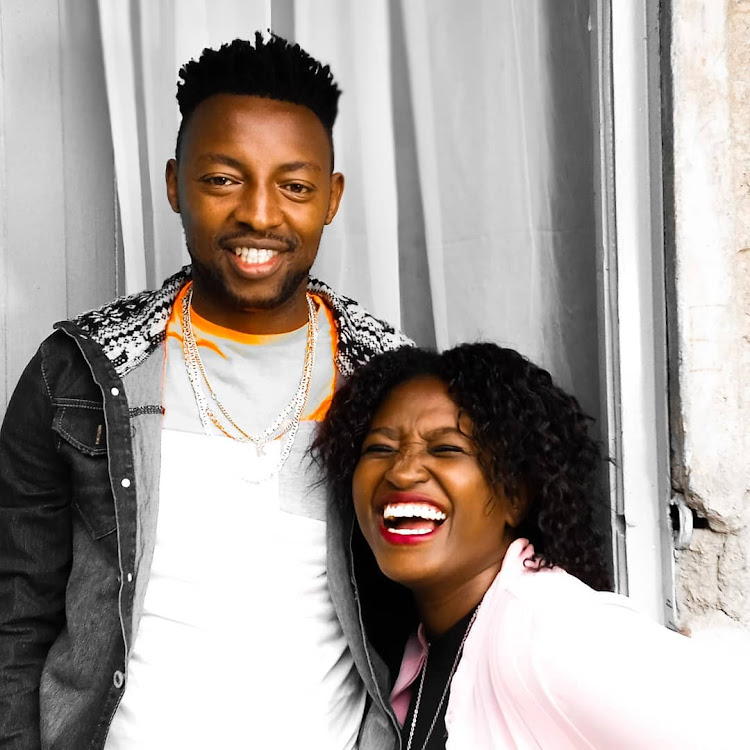 Real househelps of Kawangware actress Njambi and her baby daddy

The Real Househelps of Kwangware star Njeri Gachomba alias 'Njambi' has assured her fans that she's still in good terms with her footballer boyfriend Mwangi.

Speaking to Kiss100.co.ke, Njambi said the two put their lives on a low key but they are doing well.

"We are just low-key and doing different projects. He is not an online person and most of the times I am on set and he is somewhere else doing something," she said.

A day after Valentines day, Njambi shared a photo together with her baby daddy and captioned it; "My day one. Prayers  for my husband  who tragically got me nothing for valentine's day because I told him I wanted nothing for Valentines. Lakini bado tuko tight kama kifunika ya gas. I love him still."

The two lovebirds are raising a blended family. They have a son together.

She appreciates her boyfriend for loving her and taking care of their daughter Tamara as though she was his writing: "Thank you for mending a heart you didn't break and raising a child you didn't sire."

The talented actress first introduced her footballer boyfriend to netizens in one of her YouTube videos, revealing that they met at a concert and have been dating for close to four years now.

Njambi alongside other actors will be performing a hilarious comedy play  'Kamwana' at the KNT on Friday.