Ben Cyco reveals his friends were against him marrying Wanjiru 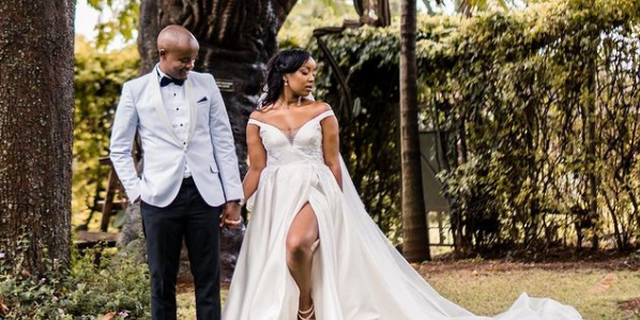 Popular gospel singer, Ben Cyco, has opened up on how his friends were against him marrying his long term partner, Wanjiru Njiru.

Speaking on their newly formed podcast The Joyride  he says his friends didn't support their union because according to them, they expected him to marry a 'saved' lady.

Wanjiru's dress code was also a factor that Cyco's friends were against.

"When I started hitting on Wanjiru I mentioned it to my friends and most of them were from church. They were against me marrying her. They were like, 'Is she saved? Are you sure?' I decided to give this 'Jezebel' a chance but she would sometimes choma picha by showing up wearing a mini skirt when meeting my friends."

On the good side, Cyco says he hasn't lost any friends because of their relationship.

"The friendships I have lost is because of life. But my ex had warned me against talking to you."

The two love birds who have served as couple goals for many young people, exchanged their vows at Trademark hotel Nairobi in what seems like a ...
Entertainment
1 year ago