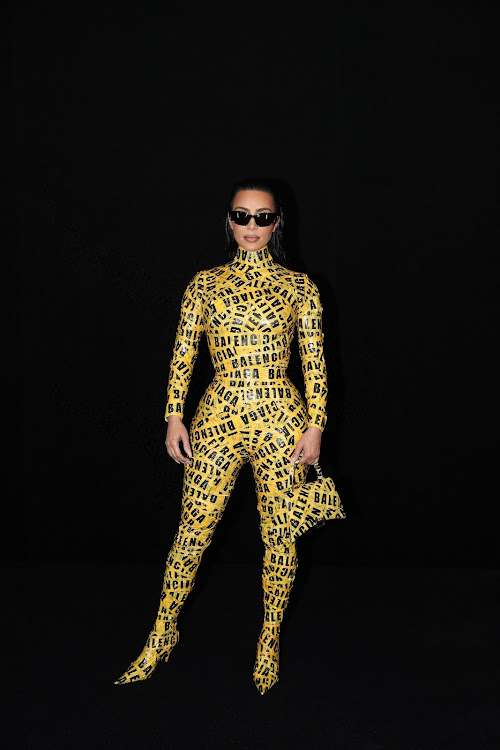 Fashion being a form of self-expression and autonomy at a particular period and place and in a specific context, Kim Kardashian’s walk at the Balenciaga show during the Paris fashion week.

Unstartled to see the Keeping up with the Kardashian alum making an appearance at the prestigious show, what was a little less expected was her outfit for the show.

An athletic top and leggings covered entirely from Balenciaga branded packing tape that had been wrapped around her by hand, along with a matching version of the brand’s cult Hourglass handbag that had also been trussed up with the yellow and black tape, was Kim’s dress code of choice.

According to The New York Times, a fashion critic seated next to the fashion icon noted the outfit made a “sticky tape-y sound” whenever she made any movement and she repeatedly expressed her concerns that it might rip once she sat but glory be to God, it didn’t.

The walk 😭 Kim was struggling 😭 pic.twitter.com/Eg1kNnsowe